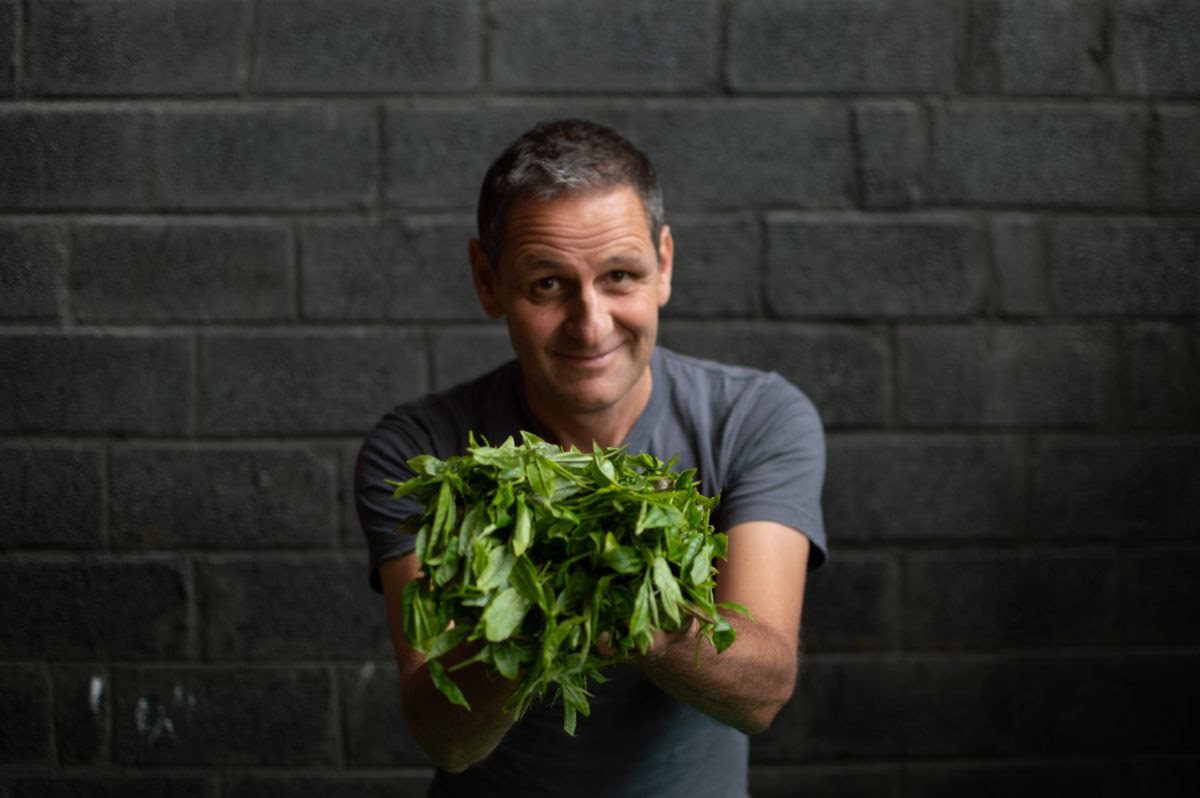 British tea-taster Kevin first bought tea in Asia in 1989 and has since spent every spring there for over 25 years. Aside from his obsessive quest for Darjeeling’s finest leaf, his interest in the teas of Nepal, Sri Lanka, and the African continent have added these regions to his repertoire.  Kevin was weaned on tea and has been drinking copious amounts daily ever since. According to his colleagues his daily tea consumption compares to the flow of some small rivers.

This year, Kevin's annual spring travels started in Russia. He was in Moscow to judge the Tea Masters Cup Russia finals.  The Tea Masters Cup an international competition focused on developing new concepts of infusion, service and hospitality, ‘brewing the future'. The first Canadian competition will be held in September, followed the International Championships in November. For more information, visit their website!

Kevin landed in Kolkata on the last day of March and went straight from the airport to his first tasting of early First Flush delights.  These teas had just started to arrive  from the Darjeeling gardens up in the mountains.

The next day he flew south to the Tea Studio, our factory in the Nilgiri Hills of Tamil Nadu. He was met by a journalist and photographer, doing a story on the Tea Studio for En Route Magazine. Aside from making tea, fine-tuning logistics and a few meetings he and the team gave 2 days of educational activities for a group of American tea folk and another group of South American tea producers. This project has had an educational mandate since it was conceived and we are still in the early days.  These were 2 of the first big groups to try out our courses for making tea and we were very happy with the result, as were the students. 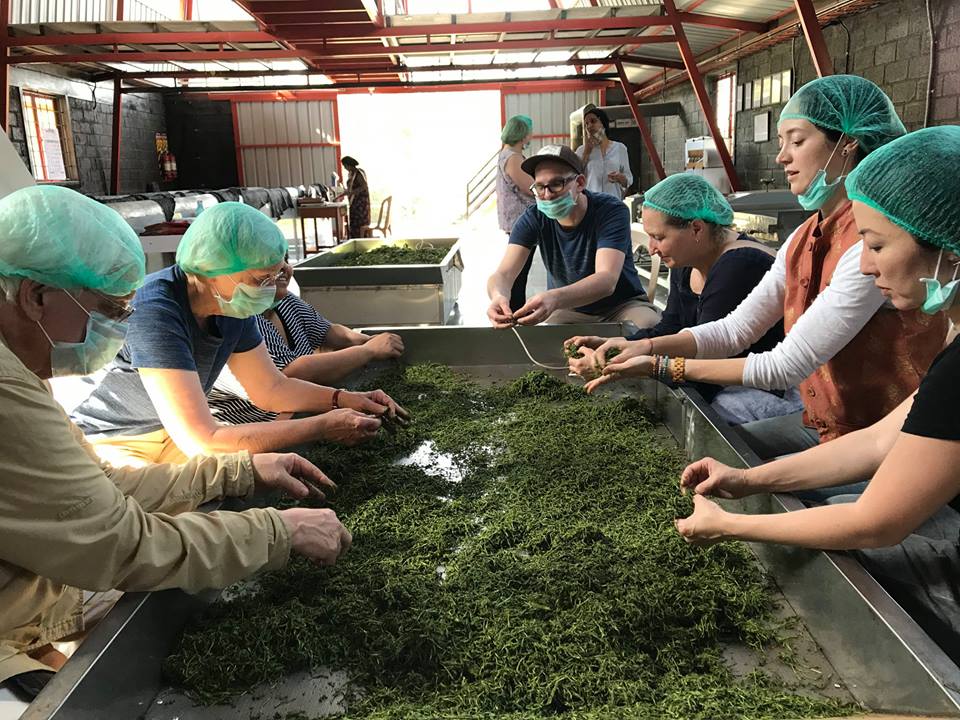 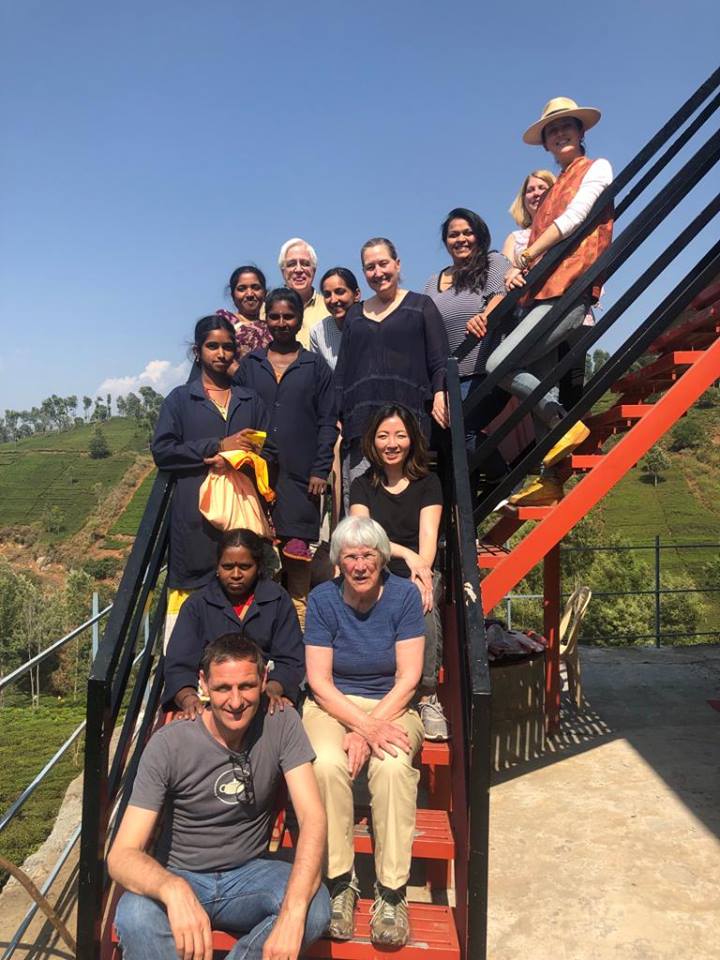 It was then time to head to Darjeeling for the First Flush buying.  Kevin visited a selection of gardens to put together his collection for the year. Very pleased with his teas this year he was also treated to a few spectacular mornings of clear blue skies with the Himalayan chain of white peaks in full glorious view.  There are years that the mountains remain discreetly hidden by cloud so this level of visibility is rare in the spring. The exceptional terroir of Darjeeling is going through all sorts of  changes: it is becoming increasingly important to revitalize the pride in the product. Something we are continually working towards at our Tea Studio, where we encourage the team to take a sincere interest in constantly improving the quality of the tea. 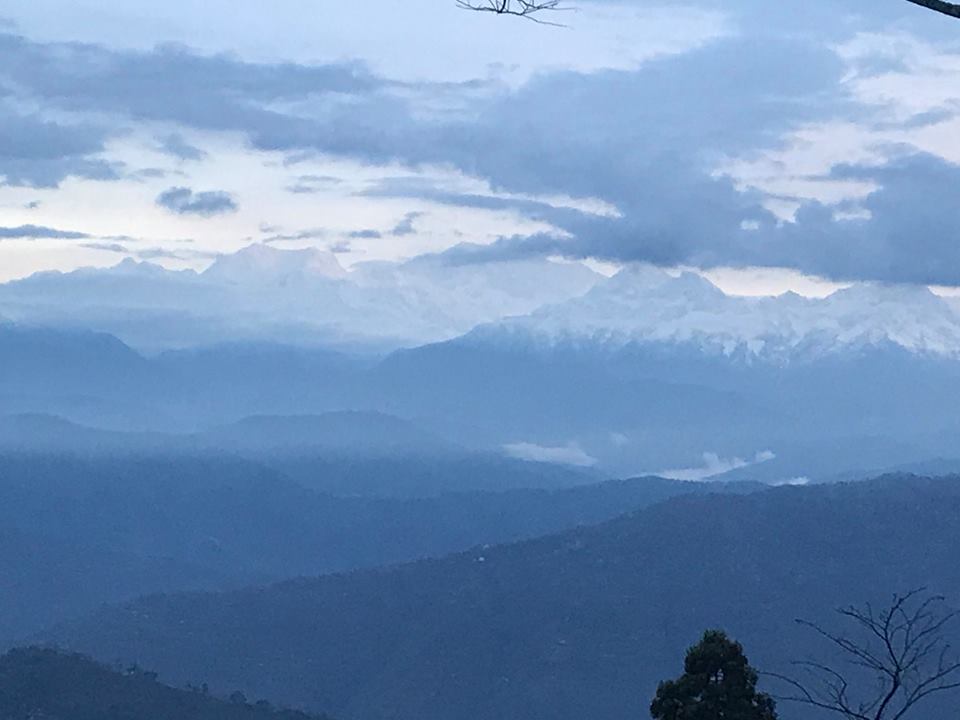 This year's trip to Darjeeling ended with the annual 'tea folk dinner', followed by a Tea Night hosted by Kevin himself.

Finally, a very special experience for Kevin, he visited Bhutan, the mysterious Himalayan kingdom. He was there to work on a project with a tiny tea factory in the country. This project was born in the 1990s when an American expert, a friend of Kevin, was visiting the King of Bhutan and noticed the tea plants in his garden: they were the result of seeds offered from Darjeeling back in the 1970s. Helped by the Minister of Agriculture, a small co-operative of women run a micro-manufactory and 43 acres of tea producing 800kg of tea each year. More to come from this story in our Tea Taster’s Blog.... 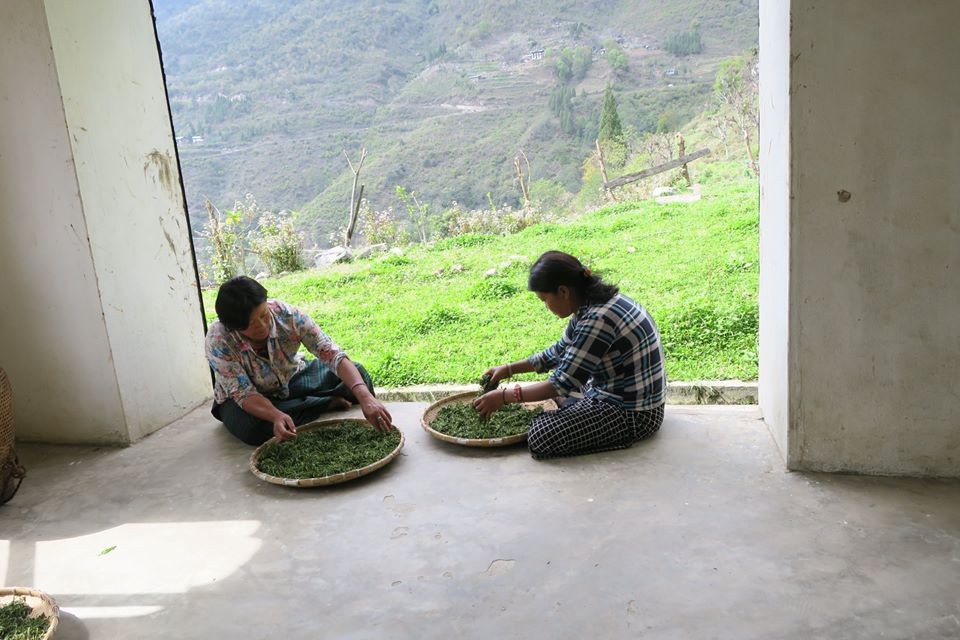 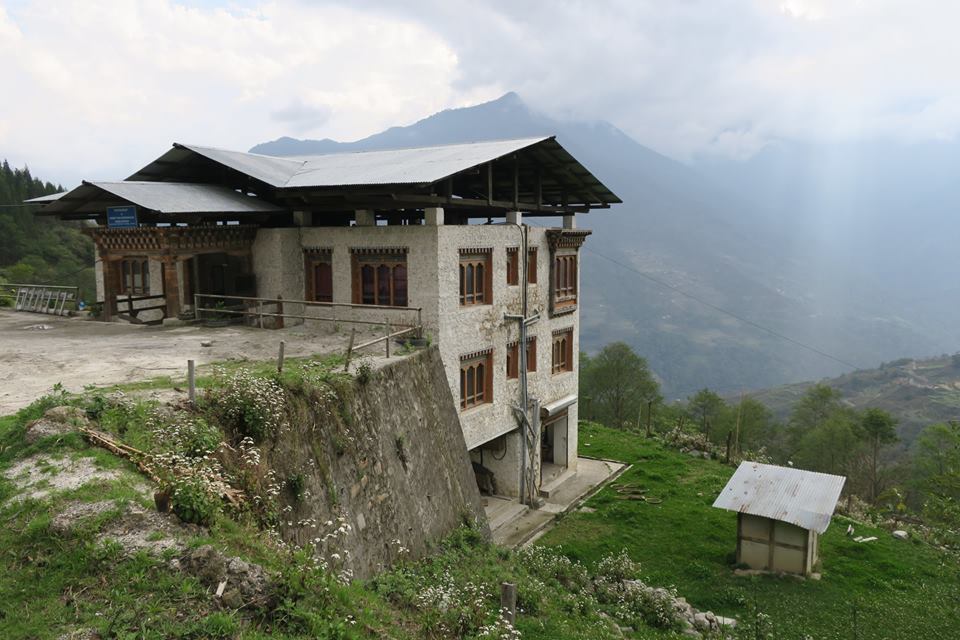 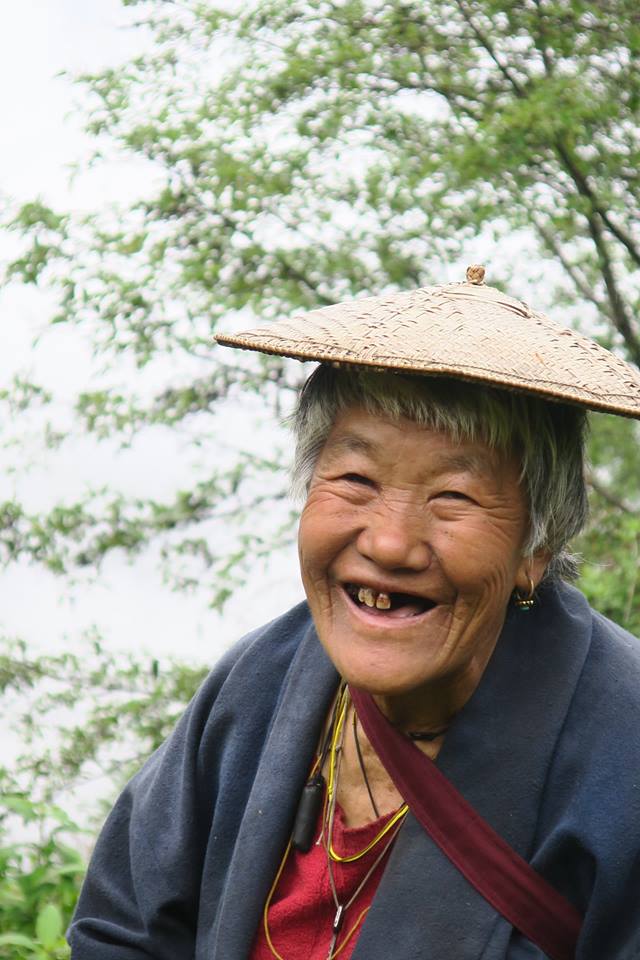 Kevin’s Darjeelings this year are more diverse in both flavour profile and price. Jun Chiyabari, Meghalaya and Temi arrive later in the year from Second and Autumn Flush, but the Thurbo, Singell, Giddapahar, Tukdah, Sungma and Puttabong are incredible and ready to drink right now, at the peak of their freshness.

This world class tea garden bestows upon us this heavenly clonal First Flush delight. This lot, composed of large leaves and curled buds, is typical of modern aesthetics. It’s light and spacious liquor ranges from scents of herbs and flowers (wild spring flowers) to supple notes of peach and muscatel. A perfect example of pure AV2 cultivar and the glory of young tea plants in the Himalayan soil.

Rich, sophisticated classic First Flush from the North of Darjeeling. Tukdah is a garden of great reputation that has been very quiet for 10 years and suddenly come back on the scene. This organic lot boasts the traditional compact flavour of established seed-grown plants from the 1890’s and promises to mellow beautifully with age. Lively aromas of herbs, wood and spices, altogether rounded by a subtle zesty finish. Well balanced, great mouth feel: the true spirit of old plant Darjeeling.

These large, dark, metallic leaves come from the blue mountains of the Nilgiris, in Southern India. It is a stunning example of a tea from this category and is sure to please fans of light and aromatic black teas. Fruity (candied papaya, peach) and lightly floral (osmanthus) bouquet. On the palate, the bright liquor shows well-structured tannins and possesses spicy (pepper, coriander seed), fruity (orange zest, preserved fruit) and slightly malty aromas. The soft finish is long with nicely balanced fruity tannins.

A stunning batch of First Flush black tea from the " Heritage " section of the Singell garden in Darjeeling. This section of 160 year old seed-grown tea plants is cultivated using biodynamic methods, high in the mountains of the Himalayan range. This style of tea has given Darjeeling the reputation as the "Champagne of black teas”.

Perched high in the Mirik Valley of the Darjeeling region, Gopaldhara tea garden grows a AV2 cultivar to produce this high grade of black tea, affectionately named "Red Thunder" by its producer.

Here is a batch of black tea from the spring harvest of one of the leading gardens in the mountainous region of Darjeeling in India. Jungpana has been in our catalogue for several years now with its exceptional traditional Darjeelings sourced from classic plants.

With a full and tasty liquor, the delivery on the palate is lively and aromatic, with full of notes of dry wood, fatty nuts and ripe fruit. Its character, full-bodied and malty, makes this tea a worthy morning companion by its simplicity.

This white tea is the result of a unique combination of a harvest from assamica tea plants from Darjeeling, and the expertise of Mr. Subba, manager of the garden.

This biological lot, produced from older tea plants, originates from one of the most famous gardens in Darjeeling.

This world class tea garden bestows upon us this heavenly clonal First Flush delight. This lot, composed of large leaves and curled buds, is typical of modern aesthetics. It’s light and spacious liquor ranges from scents of herbs and flowers (wild spring flowers) to supple notes of peach and muscatel. A perfect example of pure AV2 cultivar and the glory of young tea plants in the Himalayan soil.

Located near the Nepalese border, this garden offers a certified organic tea, produced with a sense of tradition.

Rich, sophisticated classic First Flush from the North of Darjeeling. Tukdah is a garden of great reputation that has been very quiet for 10 years and suddenly come back on the scene.

Amateurs of classic Darjeeling teas will be pleased of this rich and balanced autumnal lot from Jungpana Tea Estate. These graceful leaves show sustained oxidation and give a coppery, well-structured infusion. Woody and fruity aromas (zest, raisins) later develop hints of spices, leather and roasted nuts on the palate. A must-add to your morning routine!

A rich and flavorful mid-flush organic delight that crops up every year in Puttabong Tea Estate (known affectionately as the “Clonal Queen”) just north of Darjeeling town.

The EX 6 ghanni we are presenting this year is from a tiny 6kg batch of black tea, pure AV2 clonal plants, perfectly showcasing the flavour from the Mahalderam section of Jungpana (Darjeeling).

This magnificent Darjeeling 2nd Flush style black tea comes from the Singbulli Tea Estate, a quiet little garden on the road into Darjeeling’s Mirik Valley. This garden has made a little reputation for itself with its exceptional large leaf clonal teas. The EX-17 organic lot we are presenting here brilliantly showcases why.