A few words about caffeine 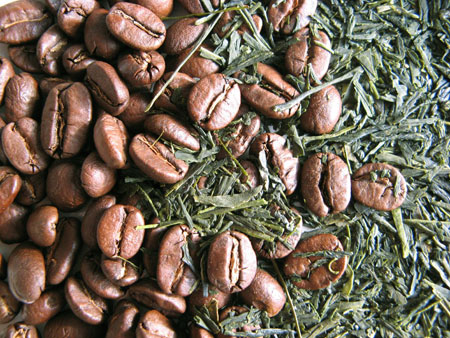 First, let’s clear up a common misconception: What is the proper term is for this stimulant when it appears in tea? Caffeine. While it was believed for many years that there were two different “-ines”, one for coffee and one for tea, researchers have determined that there is but one alkaloid, simply associated to different elements: the tannins in tea and the chlorogenic acid in coffee. Caffeine is released into the body differently in each case: more suddenly and briefly for coffee (more at the physical/cardiac level than at the mental/intellectual level), and rather more mildly and gradually (with longer lasting effects) in the case of tea. Caffeine in tea generally gives a feeling of intellectual alertness, quick-wittedness, and an increased ability to concentrate—all depending on each person’s sensitivity. While the stimulatory effects of coffee are felt for two to three hours after ingestion, the effects of tea can be felt for four to six hours (and those of a green tea even longer: six to eight hours). According to important research, a cup (100 mL) of filter coffee contains 80 to 150 mg of caffeine and a cup of tea contains only 30 to 90 mg.

People often ask me what tea to drink at different times of the day: “Which is best to wake up with in the morning? And which is best for drinking later in the day?” Even experienced tea drinkers sometimes hesitate before serving tea in the evening, fearing that the stimulating effects of caffeine will keep people from falling asleep. While most black, green, and young sheng Pu Er teas are reserved for morning and afternoon (they have relatively high caffeine content), white, most wulongs, and aged Pu Er teas are recommended for later in the day or simply for moments of relaxed tea drinking. We do not recommend drinking decaffeinated tea; not only will you be limited to industrially processed teas but these teas will have very likely been treated with chemicals to reduce the amount of caffeine. Some say that if a tea is pre-infused for one minute and that this “first water” is discarded, the major part of the alkaloid is then extracted from the leaves. In fact, recent studies have shown that it takes about five minutes for 80% of a tea’s caffeine content to be released. Therefore one minute of pre-infusion would only extract 20% of the initial quantity of caffeine! And since a long pre-infusion would inevitably lead to a considerable loss of flavour and aroma, we believe that it’s better to choose a tea according to the time of day rather than try and change the very nature of its leaves.