A First Tea From Bhutan! 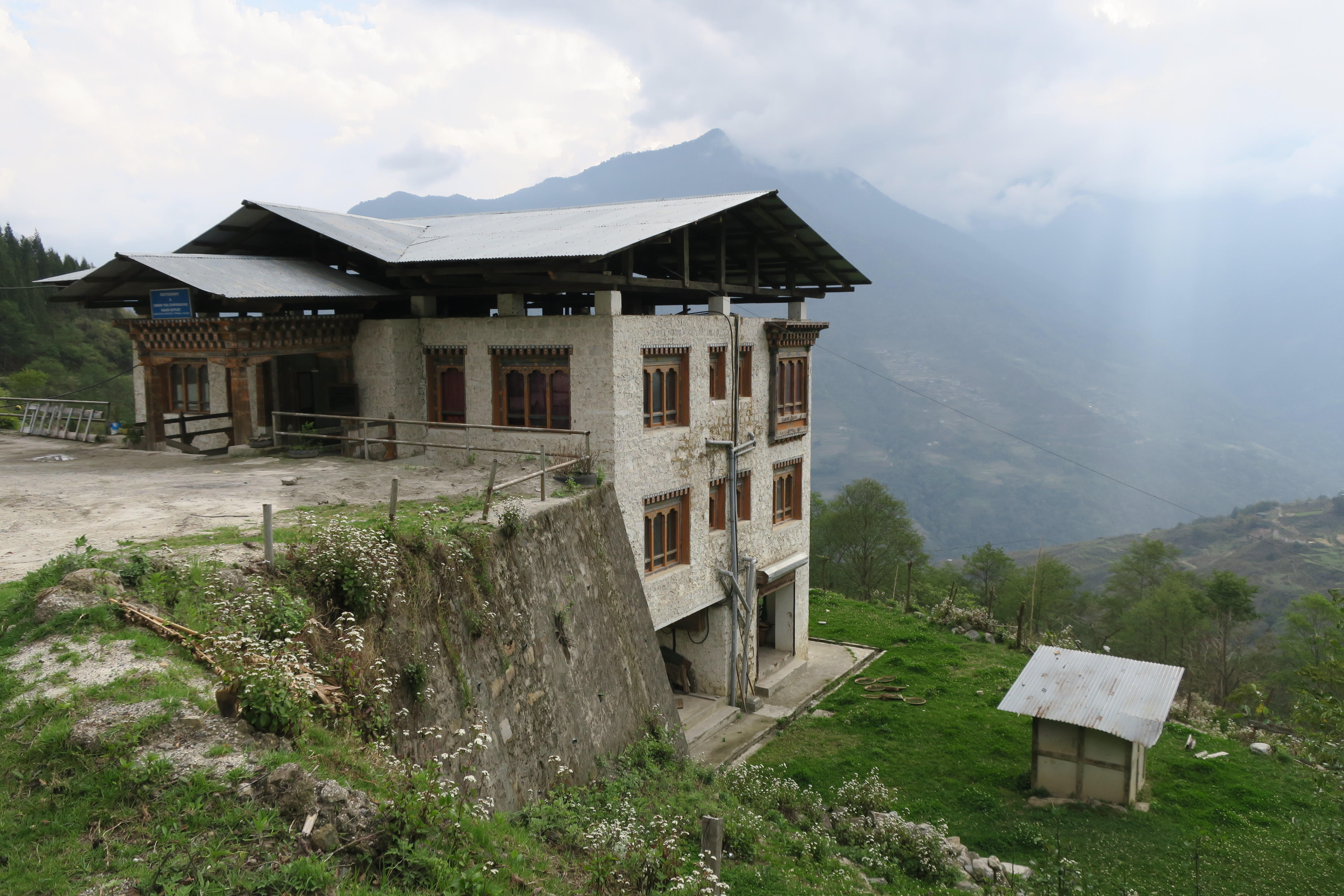 When people think about the Himalayan Kingdom of Bhutan, they think Buddhism, secluded monasteries and more-than spectacular landscapes. And although this ancient culture and mountainous lifestyle seem to spell tea, no one really thinks tea. In fact, most people in the tea industry would tell you there is none in Bhutan. So would’ve we, until we learned there was.

This spring, Kevin Gascoyne visited the country as one of three international experts hired for a very specific purpose.  Along with Kevin, the crew included the project’s instigator Sebastian Beckwith of In Pursuit of Tea and Bachan Gyawali, the co-founder of Nepal’s Jun Chiyabari tea garden. Over several days, they met with different members of the cooperative, as well as agriculture ministry officials and former agriculture secretary Dasho Sherub Gyaltshen as consultants to help this tiny unknown tea factory improve the quality of their production.

Tea arrived in Bhutan around the 1950’s when seeds from Darjeeling were offered as a gift to the King. These seeds were planted in his Winter Palace, where they grew into shrubs and trees. They were grown and nurtured there, but never properly cultivated. In the 1990’s, New York tea expert Sebastian had seeds from these original trees planted in the nearby fields. Gradually an agricultural project was put together by a small community of women (helped by the Ministry of Agriculture) in an effort to revitalize the Samcholing region. 43 acres of land were dedicated to tea farming and a micro-factory was put in place to produce an average of 600 kg of fresh leaves each year. An existing local market ensures that the entire annual production is sold, thereby making the project sustainable and financially viable already. Formerly an impoverished serfdom region, Samcholing’s new all-women cooperative of tea farming brought dignity and financial stability to the now 27 families (and growing) living there. As the former Secretary of the Ministry of Agriculture of Bhutan Dasho Sherub Gyaltshen, previously in charge of the project, put it to Kevin, this is by far the most positive thing about the project.

But other than its great social and cultural contributions, the Samcholing Tea project represents a serious accomplishment in tea farming. The plants themselves are high caliber Camellia Sinensis var.sinensis from Darjeeling stock (most probably from the Samabeong Tea Estate near Kalimpong). Having been planted as seed stock, they are sturdy with great endurance against the regular weather of the region and the unknown future variables of changing climates. At 1800-2000 m of altitude, Samcholing offers ideal natural conditions for slow growth, which maximizes the aromatic compounds in the polyphenol content of the young shoots used for tea manufacture. The tea plants are lined in well-spaced rows, further apart than many industrial style gardens. This favors the retention of nutrition in the fight against soil depletion and also leaves space for other plants to grow in the garden and be tilled back into the topsoil. From the outset of the project, a plucking standard of two leaves and one bud (as used for the prized teas of Darjeeling) has been established and maintained. All put together, this makes Samcholing leaves one of the finest raw material source on the planet.

Amateurs of oddities will be served with this rare green tea from Bhutan. Even more than served. Defined by its unique origin, nothing closely resembles it. No parallel can be adequately drawn. A definite rusticity in character opposes a smooth texture and aromatic complexity, pointing towards refinement. Notes of butter-fried vegetables, seashells and straw all melt into a vibrant finish, loaded with spicy touches.

And you can find it here, in all-exclusive Canadian sales, right in our shops.