Black teas from China: a Story of Warmth and Cheer

The approach of autumn always contains a promise of aromatic solace for my palate. The increasingly shorter days, the leaves adorning the trees with color before making their notable exit, means it is time to break out my favourite style of teas: black teas from China.

Little known and often undervalued, this family of tea is known to us as a result of trade between the Middle Kingdom and Europe from the 17th century. In fact, the European version of the story says that in the beginning, this type of tea was 'born' in the holds of vessels carrying cargoes of tea between China and Europe. This tea, green at the time of departure, would completely oxidized on contact with the moisture saturated atmosphere in the holds of the ships. In reality, black teas were known and drank in China long before the arrival of Europeans. Although historically this type of tea was usually for export, in recent years tea drinkers in China have been drinking it with increasing frequency, so much so that this is becoming the new fad. Originating in the provinces of Yunnan, Fujian and Anhui, which produce the most popular black teas, this new craze will result in some strange (and sometimes unfortunate) experiences such as the Long Jing Hong Cha that Jasmin tasted this spring (apparently, not very successful ...)

It would, however, be wrong to say that all the new black teas from China are uninteresting. There are some wonderful successes such as Feng Huang Hong Cha, from the famous mountains of the Phoenix, which are renowned for their roasted wulong, as well as Hong Cha Huiming, the latest creation, masterfully transformed by Mr. He, our Huiming producer. The most famous tea of the new wave is Jin Jun Mei, an exceptional tea whose annual production is less than 500 kilograms. Its scarcity making it virtually inaccessible (it retails at 10,000 yuan per 500 grams). The Chinese market is flooded with fakes trying to cash-in on the fame of this original variety.

The highest grades of this family have a tea plucking as fine as that of the great Chinese green teas (a bud and a leaf). Oxidation gives a beautiful appearance to the buds, becoming gold or orange instead of silver. Dry leaves release sublime sweet and comforting aromas (molasses). The liquor is smooth, with rustic character and notes of pastries. To discover their full potential, these teas are best tasted with multiple infusions (gaiwan or Gong Fu Cha), and to highlight their more chocolate notes, at a lower brewing temperature as low as 85° C. With some teas, such as Yunnan Da Ye Hong or Jin Die, you can be really bold in lowering the temperature right down to 75° C.

When infusing in large teapot (250 ml or more) the ideal brewing temperature is closer to 90° C. In China, the brewing method of choice for this family of tea is in a clay teapot (Yixing) ranging from 250 ml to 350 ml in size. The leaves are deposited directly on the bottom of the pot and continue to infuse as long as the drinker is thirsty. As the liquor becomes too strong to drink, simply add hot water to dilute the brew back to a palatable level. This brewing method is similar to that offered by the glass Infuser flask.

As the cool weather sets in, consider this type of tea as a complement to a woollen blanket by the fireplace. 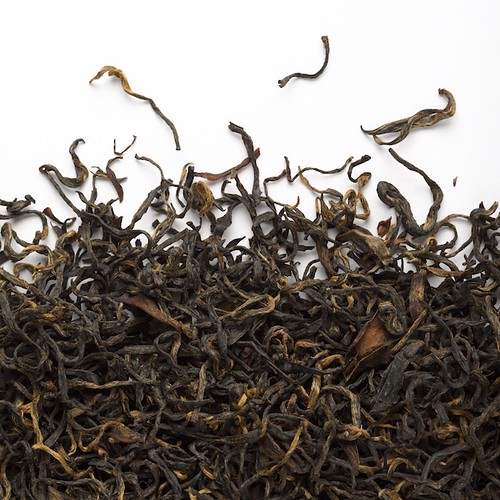 This Chinese black tea from the province of Zhenjiang, a recent innovation of Mr. He, is composed of long curly leaves decorated with golden buds. 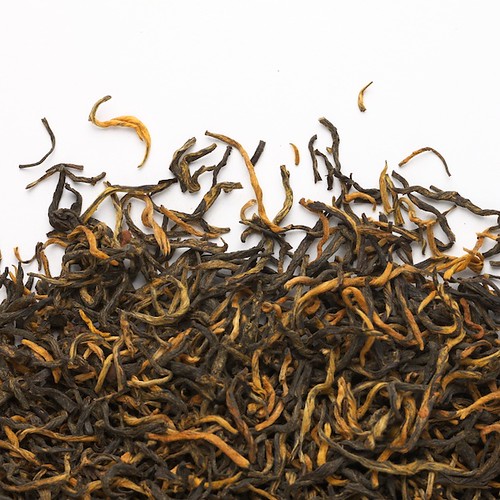 This black tea from Fujian (Wuyi Mountains) has beautiful full leaves, slightly rolled into thin twists. The vegetal (roasted parsnip) aromas and malty, nutty and chocolatey notes are superimposed on the bittersweet character of the liquor. 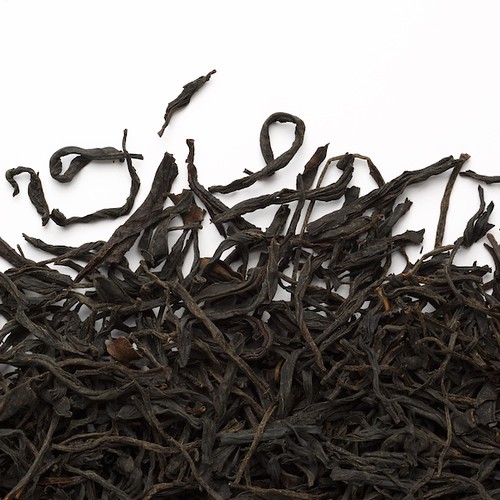 Originating in Guangdong, this Chinese black tea bears the typical form of the wulong teas produced in the Feng Huang mountains. 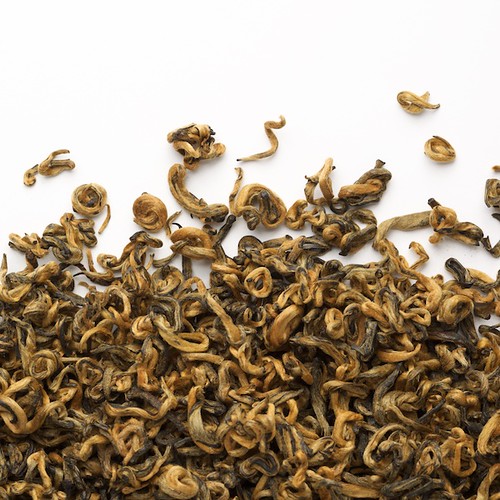 This tea from Hunan Province in China is grown without chemical fertilizers or pesticides and is made solely from lovely rolled golden-hued buds. 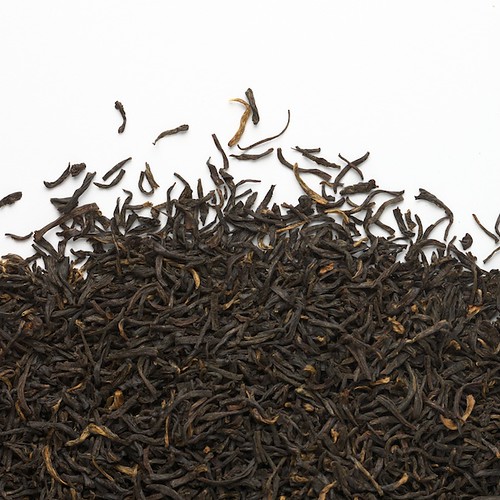 Classic Chinese Black Tea from Qimen (Keemun) region, in Anhui province. One of the most popular black teas in China. Made mostly from mature leaves with little to no buds, this type of harvest is Anhui’s specialty (a similar pluck to the Lu An Gua Pian).