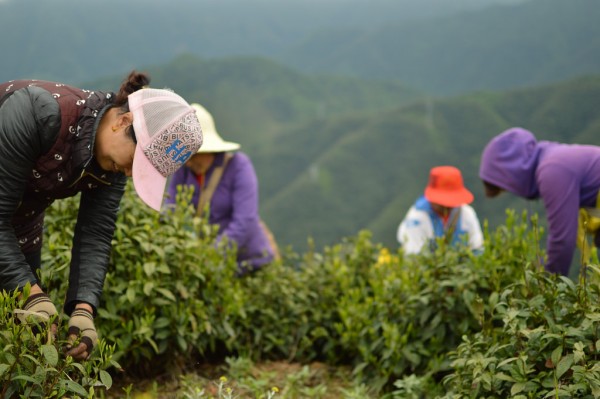 As they always do this time of year, the four expert tea tasters from Camellia Sinensis will go scour Asia’s soil in hopes to bring back some of the finest grand cru of teas, meet their priceless suppliers as well as set up some new exciting projects.

From March 31st until April 25th, Jasmin will be going around many of China’s provinces. He will first visit Yunnan in order to replenish our « tea cave » with some new Pu Er we will age. Second, he will be developing a new green tea project in Guizhou – stay tuned! Third, he will visit the M. He’s new garden in Zhejiang for some grand green teas, then white teas in Fujian, and finally, Dan Cong wulongs in Guangdong. His fourth and last stop will be in Hong Kong for his aged Pu Er.

From April 13th until May 4th, Francois will mainly be in the province of Henan, in China in hopes of discovering new teas and projects. He will also visit the lands of Tai Ping Hou Kui on a mission to find aged Liu Bao in the province of Guang Xi.

From March 31st until April 17th, Kevin will go through Darjeeling and Kolkata in India before heading to Nilgiri for a new special project (we will announce what shortly). His trip will take him to a final stop in the U.K. where he will give a class at the UK Tea Academy. He’ll also stop by Fat Duck, a three star Michelin restaurant that just happens to serve some of our teas.

From April 28th until May 14th, Hugo will go through Japan in search of new Shinchas, a tea that is hand picked on break of spring. He will also visit M. Sugiyama, our Sencha Mobata supplier, to hand him our Camellia Sinensis Award for  Excellence that is offered to craftsmen that stand out by their effort and consistency. Amongst many other visits at our various suppliers, Hugo will go meet new potters in the Tokoname and Kobe regions in hopes to find new talent and what they have crafted.