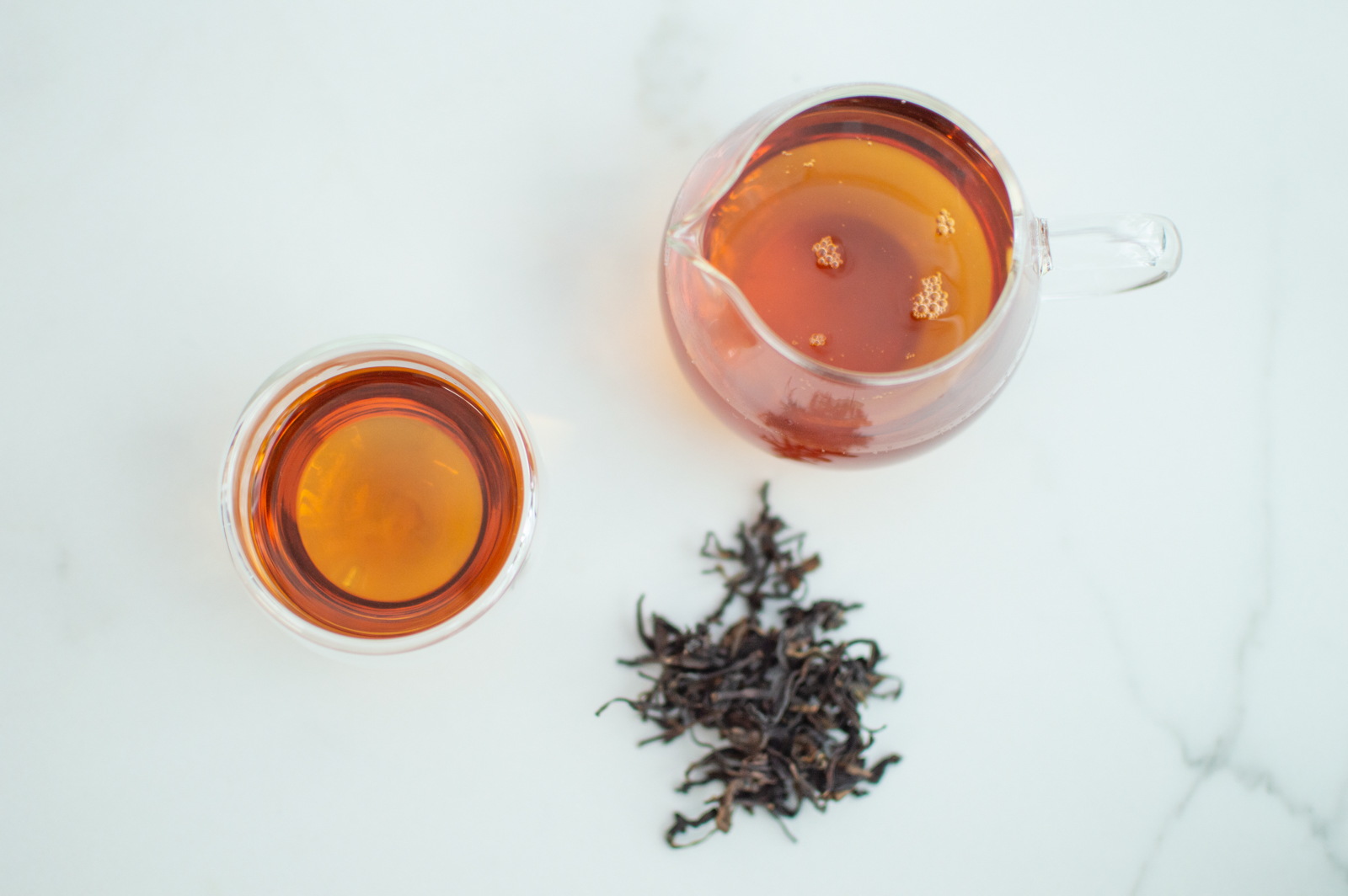 Gaba Cha is a modern tea.  It was originally created as a health product but has such a fascinating flavour profile that it stands tall in any catalogue of fine teas. Dr. Tsushima Tojiro and his team at Japan’s ‘National Tea Experimental Station’ developed the processing technique for this tea back in the late 1980’s.  It is however the Taiwanese that have become the World’s producer and supplier of Gaba Cha.

The manufacture begins with a quantity of good quality leaf placed in vacuum packed bags at a temperature above 40˚C for around 8 hours. This anaerobic reaction can also be done with nitrogen instead of vacuum. The leaves are then removed for a carefully measured period of just a few minutes when they are exposed to air and agitated. For our Gaba Cha, the vacuum- air cycle is repeated 5 times with slight variations in the time of exposure between vacuum treatments. This anaerobic procedure unlocks the rich natural source of Gamma-aminobutyric acid or ‘GABA’ from the leaves’ natural chemistry.

GABA is an important amino acid that functions as a neurotransmitter in the central nervous system.

So drinking Gaba Cha has been associated with a long list of claims and benefits for human health and wellbeing that range from memory retention to curing hangovers, from weight loss to relaxation and from combating depression to increased sexual performance to mention just a few.