Heavy Metals and Pesticides in my Cup?! 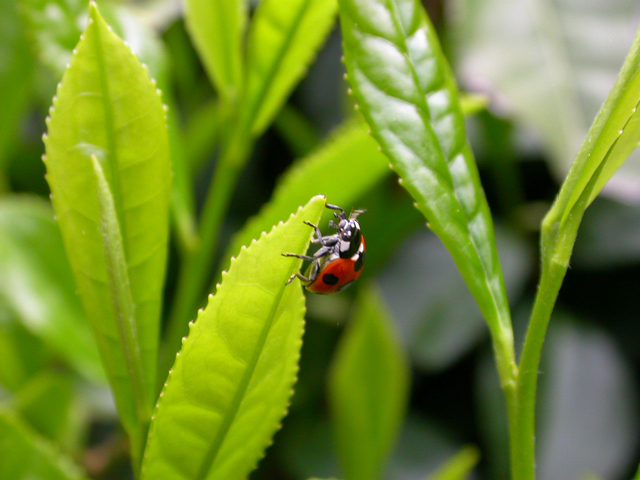 Recent North American media publications report studies on the presence of lead and arsenic in tea.  Naturally this is of some concern to us all. Camellia Sinensis has had a vigilant, in-house approach to such contamination since 2008 when our first heavy metal laboratory tests were initiated.

During the planning of our first book on tea we commissioned the Quebecois laboratory Transbiotech to begin various analyses of our privately imported teas for antioxidants, caffeine, humidity and heavy metals content. Research continued into 2013 when we commissioned more tests, relating more specifically to pesticides. This time in the laboratory of the ‘Centre d’Expertise en Analyse Environnemental du Québec’

Transbiotech laboratory tested for traces of twenty different heavy metals on twenty of our teas.  Tests showed that aside from trace presence of aluminum and manganese, which occur naturally in almost all soils, other heavy metals, such as lead and arsenic, were either completely absent, or present in the same concentration as the mineral water used in the tests. (See the certificate of analysis here)

The TV show L'Epicerie recently broadcast a piece exposing traces of pesticides in some industrial, mass-produced tea bags. Camellia Sinensis has been actively organic for almost 10 years (the company received organic certification in 2005) so I would like take this opportunity to share a little of our experience and vision on the organic cultivation of tea. Tea is as much an agricultural product as any other fruit or vegetable we consume. As with any other agricultural products; fertilizers, insecticides and fungicides, be they natural or chemical, are often used to ensure a good harvest and to control pests and diseases. For us, working directly with the producers in their tea gardens on our annual visits enables us to ensure the safety and quality of the teas we import.

Back in 2005 we first received organic certification for many of our teas, examples from each region of production. In 2008, we launched a project to certify 2 gardens with Ecocert and Mr. He, a producer of Huiming, in the province of Zhejiang, China.  Initially we were curious to compare Western standards with those of China’s OTRDC (Organic Tea Research Development Center). So we were very pleased in May 2009 when we received organic certification from Ecocert, attesting that Mr. He’ s gardens met all the stringent requirements of European standards. Today we are pleased to have a large selection of certified organic teas. 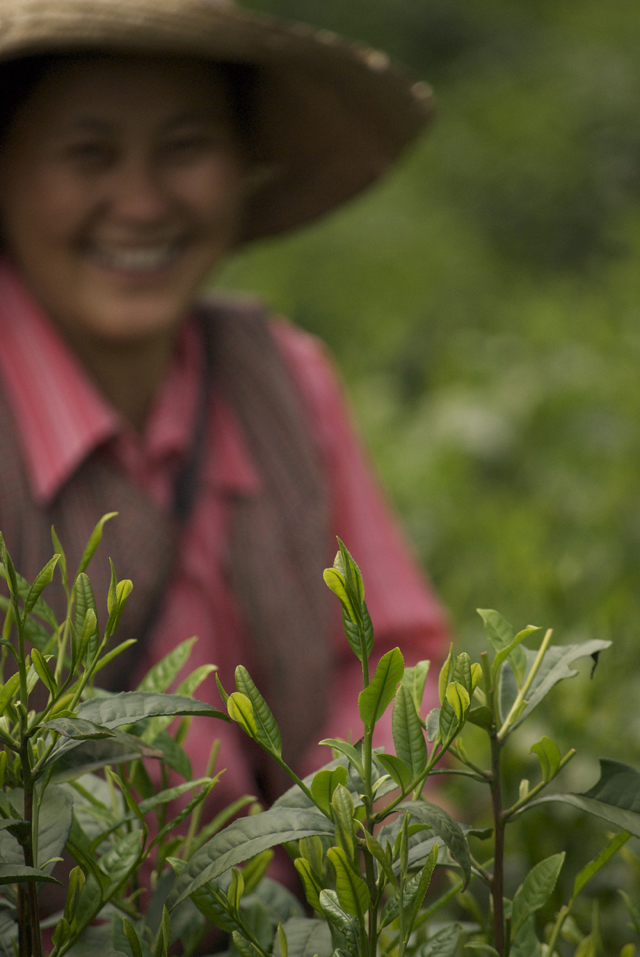 To be realistic, with our focus on artisanal teas, many of our producers are small family farmers.  With the costs for certification so high it is not possible to have a certification for all teas from all countries. Nevertheless, at all times, we take the necessary measures to ensure the safety of our teas.

Here are some of our methods.

During every tea garden visit we conduct a ‘checklist’ of visual analysis for certain parameters:

- What are the local risks from the natural environment, altitude and topography? Tropical plains or mountains at 2000 m do not require the same insect control or fertilizer responses.

- Is there other plant-life growing between the tea plants?

- Is there a big contrast between the mature leaves at the base of tea bush and the young shoots?

-Are there bags of fertilizer or pesticides in the garden or factory?

Meeting the same producers year after year, we are able to follow with them the annual climate challenges and new farming methods.

In 2013 we undertook laboratory tests with the ‘Centre d’Expertise en Analyse Environnemental du Québec’ to test for chemical residues in both leaves and liquors of our teas.

We were pleased to learn that the vast majority of our teas had no residues of pesticides or other chemicals at all. The teas that did reveal tiny trace residues were levels similar to those we would find in many of the vegetables or fruits that we eat. The essential things to look for are which chemical and in what quantity?

The leaves of one tea, for example, contained 0.3 mg / kg of cyhalothrin, an insecticide used worldwide for leafy vegetables. 0.3 mg / kg is the MRL (maximum residue level) established by Health Canada.  However, we do not eat tea like a vegetable so we were curious to test the liquor after infusion to see if the insecticide in question was soluble in water.

Results showed that, following the regular suggested infusion parameters we use to brew a good cup of tea, there was absolutely no presence of this chemical in the liquor. You can consult our analysis certificates for the dry leaf and the liquor here.

Be assured that for us organic and ethical agriculture is an on-going concern. Our inspections and laboratory tests will continue in the years to come. When you drink as much tea as we do you really don’t want to have to worry about these things.