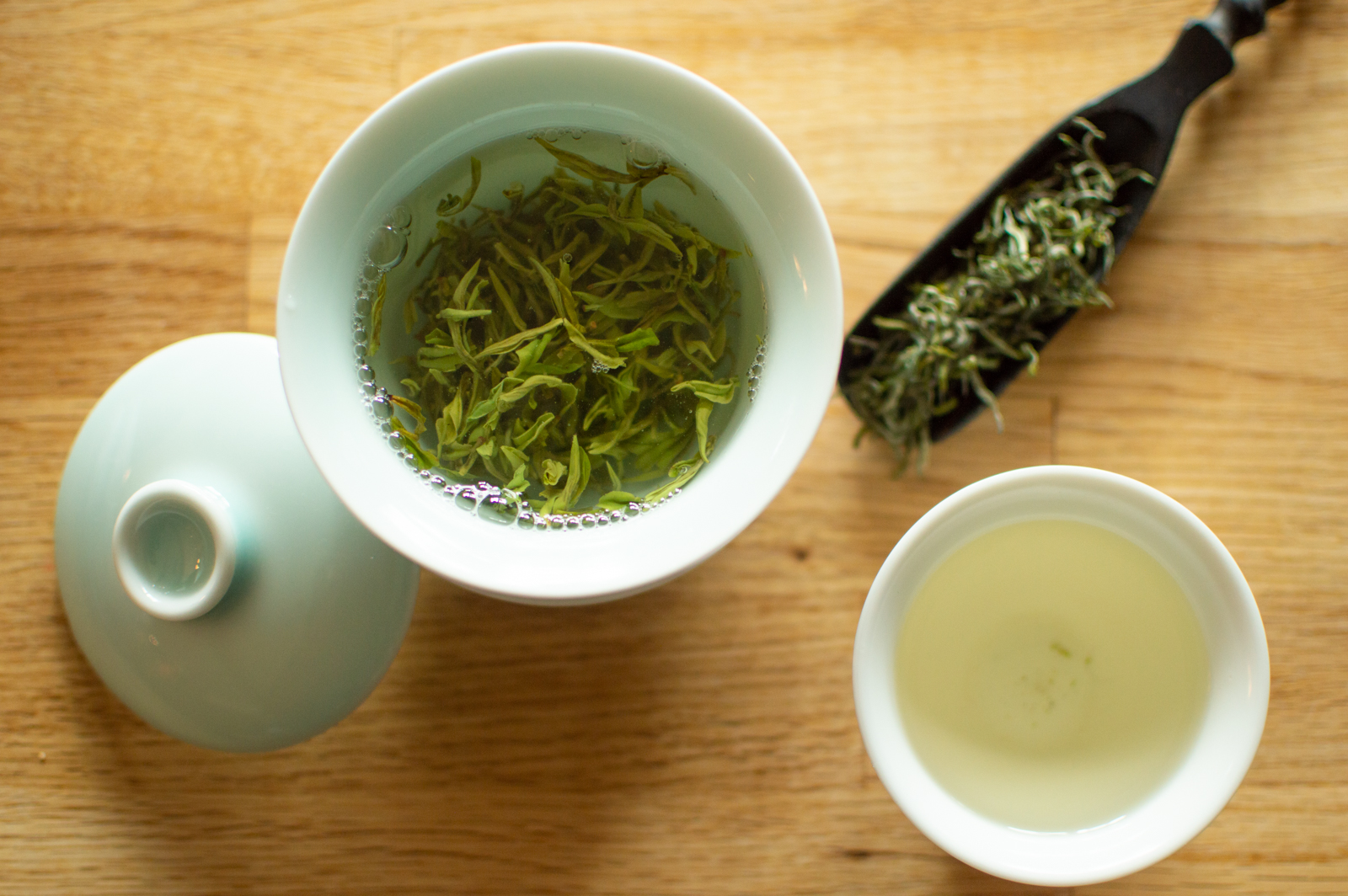 The roots of Huiming tea cover a thousand-year history. The first tea plants were planted in Jingning, the region of origin, are said to date from the mid-9th century. In 861, a monk named Huiming settled on the mountain of Nanquan and built a temple there which he surrounded with tea trees. Legend has it that the tea produced by Huiming was of such quality that it was given his name. Gradually, the notoriety of Huiming tea increased and its cultivation spread. Though a handful of ancient tea plants remain near the temple bearing witness to this legend, it is the work of current producers that keep the tradition alive.

Like anywhere else in China, harvests for Huiming tea begin in the spring. After the long winter months, when the tea plants finally come out of their dormant period and begin their first budding, excitement spreads to the gardens and producers in Jingning. Not only have they been waiting a long time for this moment, they also know that the first leaves are precious, due to their rare aromatic composition. These first new shoots are the most tender of the season. They offer a very high concentration of aromatic oils with very little tannins. For this reason, they are considered the most valuable of the year. 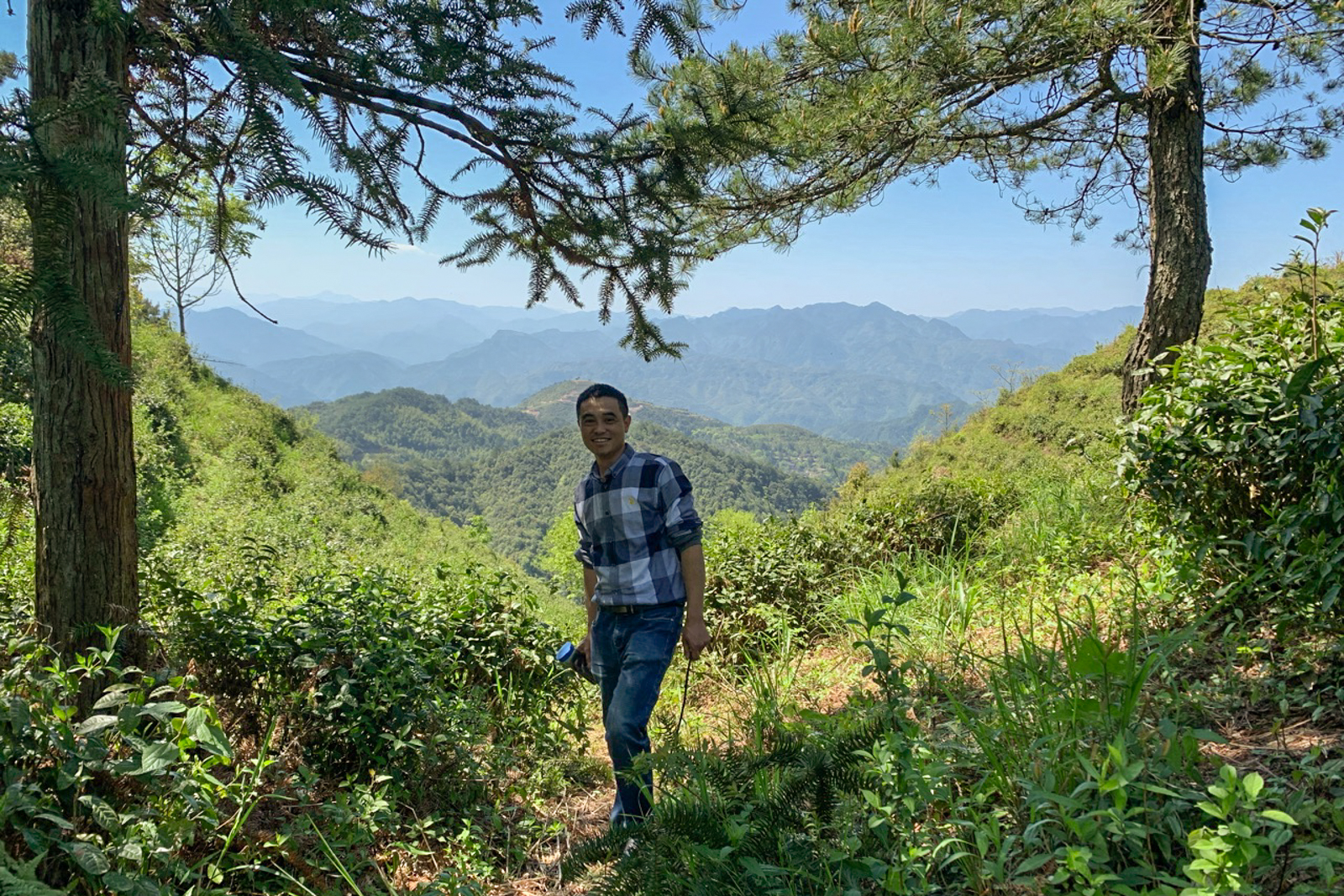 Mr. He, our Huiming producer, begins harvesting and processing his teas just a month after Chinese New Year, which is around the end of February. At this time, not all the sections in his garden will have started to bud. Only the earliest trees to offer a few young shoots will be plucked. At this time plucking is difficult and laborious, selecting the tiny buds from the branches one by one. This is in fact a ‘pre-harvest’, a way of isolating the best material of the year and turning it into a special production. For standard batches, M. He will wait a few days (at most a few weeks) before getting to work. Over time, each branch of the tea tree will produce a second bud, then a third, then a fourth ... By pushing back the harvest a little, he can then pluck two or three new leaves in a single pinch. This type of plucking is naturally much more productive. For every hour invested, three to four times the leaves are brought back to the factory than during early pickings. This difference in productivity bears its price. Everything depends on the selection and the moment of harvest. The earlier the picking, the more expensive the lots. Inversely the later it is, the more the price goes down.
This year, we have decided to add one of these precious "Top Grade" Huiming to our selection. As with our classic Huiming (many years in our selection), it is produced by Mr. He, one of our most passionate producers. It is essential, when dealing with precious teas, to work with producers whose skills do justice to the quality of the material. Premium tea has to offer more than just exceptional picking. Its quality must also be brought through to the cup.

The skillfully rolled leaves and buds give off fresh scents of vegetables, field flowers and nut oil. The liqueur is sumptuous, full and light, with a balance of briskness and sweetness that shows a rare skill in processing. Delicious aromas of fresh lettuce (mesclun) and sweet peas, complemented by a buttery finish.

A perfectly balanced tea to make you dream.

This green tea from Zhejiang province in China is produced by the master hand of Mr. He, a dynamic and forward-thinking producer.

This green tea from China is the masterwork of one of our favourite producers in Zhejiang with whom we have been working for a very long time: Mr. He. This highest grade of all his harvests is made from the emblematic Huiming cultivar for which the reputation is well established amongst our team and our customers.