Jasmin in China - Guizhou, a New Province in our Selection

Second stop in China, Guizhou Province where I set foot for the first time. A part of China rich with tea. We have travelled here for years and there is still plenty to discover! The project this year was to seek out some more obscure teas and marginal growing regions. I began with the most famous tea from the province, Du Yun Mao Jian. Things got off to a great start. Passionate people, warm welcome and curious. Tea farmers growing at more than 1500m, a tiny artisianal factory and good teas! This time, there was no need to look any further as the first impressions met all my criteria for selecting a tea.

In China appearances are very important, Mr. Li has often apologized for the small size of his facilities while I was delighted by this traditional artisanal scale. Mr. Li and his wife Mrs. Chen work together in the company they founded in back 2000. They produce nearly a dozen grades of Du Yun Mao Jian and I have retained two for our 2012 selection, one of the teas is a precious small bud plus one leaf, with an entirely manual transformation that has an exquisite vegetal delicacy with a velvety texture. The second grade comes from a selection of more mature leaves and has undergone mechanical drying. Fans of Dong Shan will love this newcomer!

The second part of my visit was devoted to some completely unknown teas from Guizhou, Que She, Guiding Yun Wu and Mei Jiang Cui Pian, but after having tasted a good twenty grades of these teas as well as a copies of Bi Luo Chun, Long Jing and Anji bai cha, nothing caught my attention. So I flew to Nanjing with a memory of the traditional rusticity of Guizhou.

Next post from Jiangsu buying Yixing teapots from the potters that we work with there. 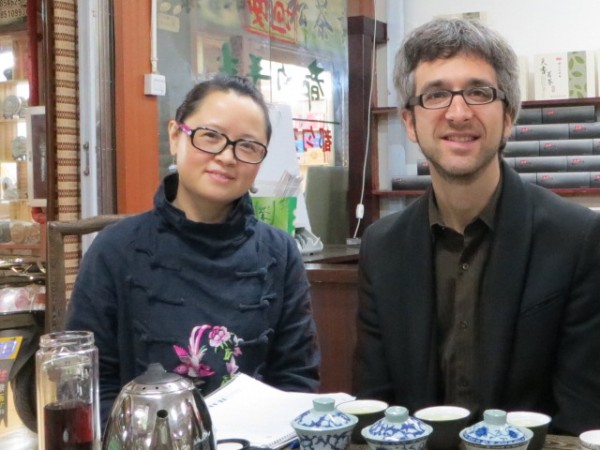