Long Jing: The Legend Behind One of China's Most Famous Green Teas 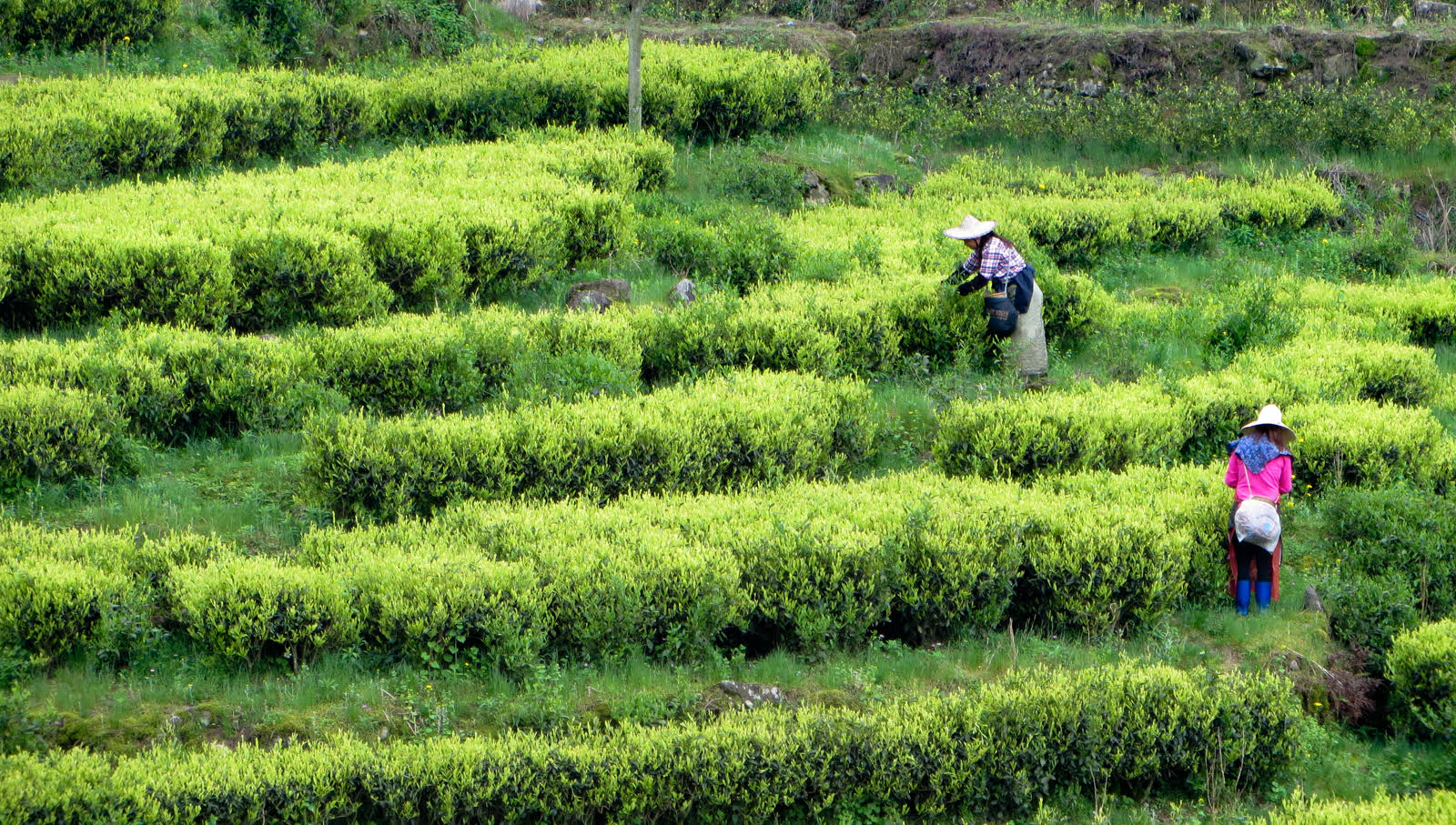 According to a fourth-century legend, at the far end of the Tianmu Mountains, while drilling a well, inhabitants noticed a rock in the shape of a dragon. This discovery so captured their imaginations that among the mountain folk this well became known as Long Jing, the “Dragon Well.”

A few centuries later, the village residents joined forces to build a temple close to the well and the temple attracted many pilgrims from far and wide. A local tea was cultivated for the temple’s monks, and it was served to and much appreciated by visitors, who named the tea after the nearby well.

The first Long Jing plantations go back almost fi een-hundred years to the Tang dynasty [618 – 907]. In 786, in the first book dedicated to tea, Lu Yu’s Classic of Tea refers to it as “the tea from West Lake.” Over the centuries Long Jing’s reputation grew until it became the most famous of China’s green teas. Mr. Tang is a member of the current generation of a long line of tea producers established in the village of Long Jing for over three hundred years. Here he talks of how demand has evolved over the course of the twentieth century:

“Before 1949, we only produced our tea to meet the orders of nearby stores. The demand was small. Then, from 1949 to 1979, the village developed a lot. During the Communist period, each family, including mine, received a parcel of land of around five mu [0.33 hectare]. Everything that was produced by the residents belonged to the State. In 1979, the State withdrew and let families look after the production and sale of their own teas in the new market economy. But it is only since the beginning of the 1990s that the demand for Long Jing has really skyrocketed. The village producers are no longer able to meet the demand without help. To get maximum yield out of my land, I now need several seasonal workers—six pluckers, most of whom come from outside the village, and Mr. Min, a panning expert—to help me during the high season.” 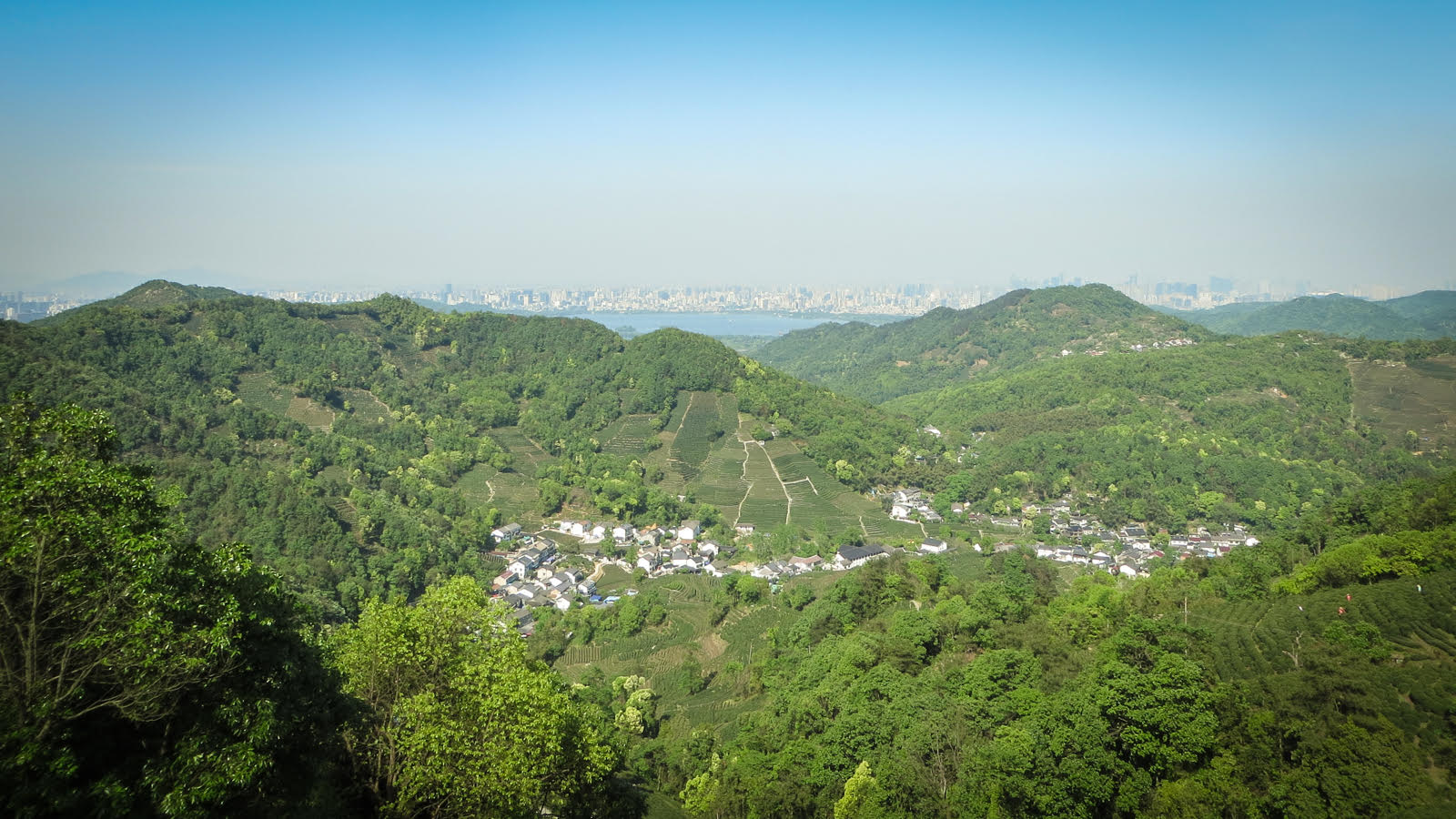 The village of Long Jing’s reputation is impressive and its famous tea attracts throngs of tea enthusiasts. During the summer season, thousands of Chinese and foreign tourists visit the region’s steep mountains. Throughout this charming village and the surrounding area, there are hiking paths, natural springs, and teahouses where you can drink teas with the families who produce them. For around four dollars, you can buy a generous cupful of fresh leaves that will still be fragrant after several infusions.

With Long Jing’s legendary reputation, tea enthusiasts are naturally interested in stocking up on provisions while visiting the site. To meet this ever-increasing demand, the artisans seek to boost production, but as the forests surrounding Long Jing are now part of a national park, they are not able to deforest more of the mountainsides to expand their tea plantations. To protect the park from such activity, the Chinese government is even using satellite surveillance and imposing exemplary fines on producers who fell trees on parkland. 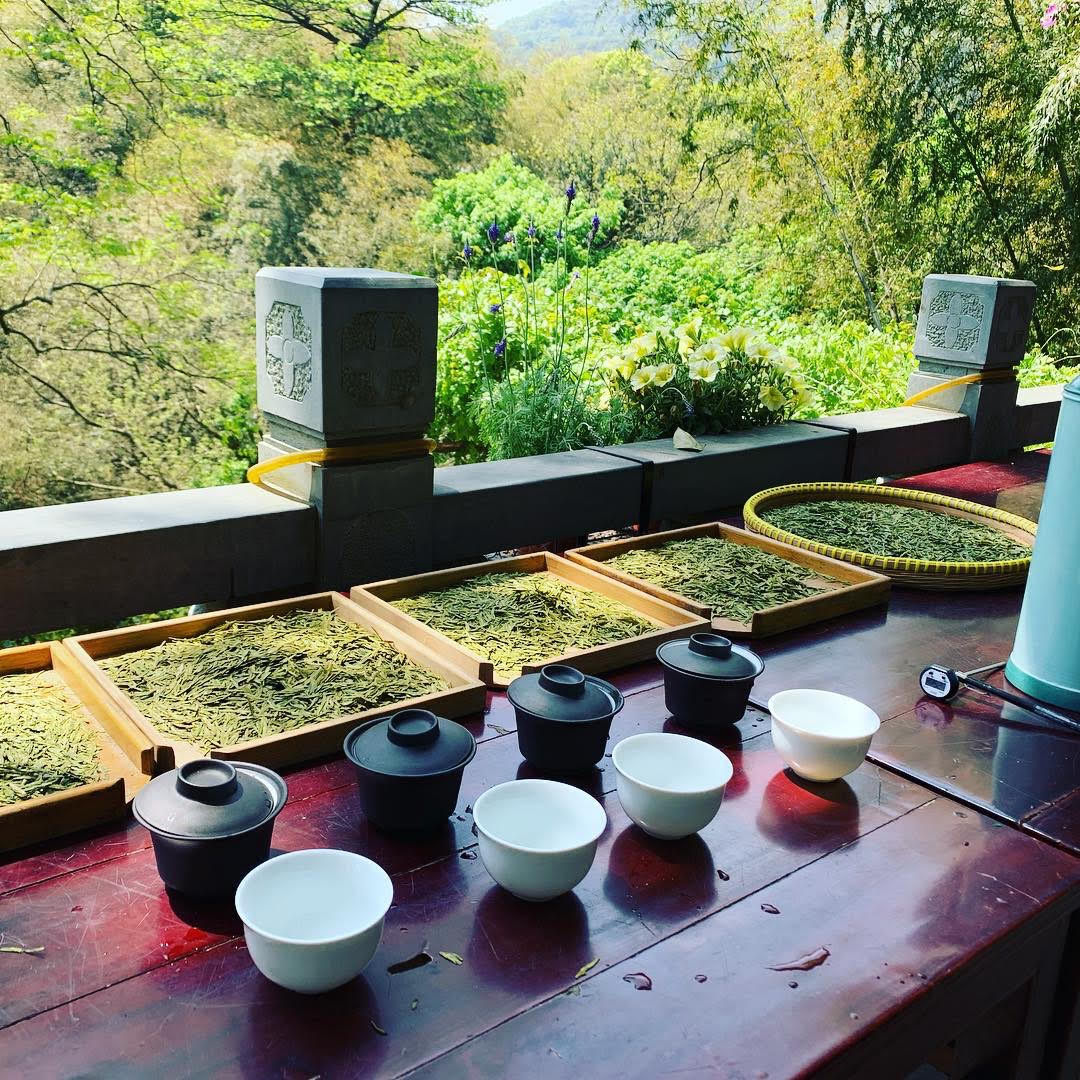 Unfortunately, this situation has led to tea counterfeiting. Large harvests from Wunizao, a city in the south of Zhejiang Province, are being sent to Long Jing to be transformed and sold as authentic Long Jing teas. Imitations from other provinces are also frequent. In Sichuan, for example, green tea producers imitate the Long Jing style and take advantage of earlier harvests to capture a large share of the market.

According to Mr. Tang, one of the Long Jing producers’ major challenges is to keep prices affordable. It is a problem that is becoming increasingly more difficult to solve. The market price of Long Jing teas, already more expensive than most other teas, continues to increase, and plantation workers’ salaries have doubled over the last few years. To avoid a significant increase in production prices, Mr. Tang (pictured below left with his wife and translator) recently acquired new machines designed to mechanically process an initial firing and educe the transformation time.