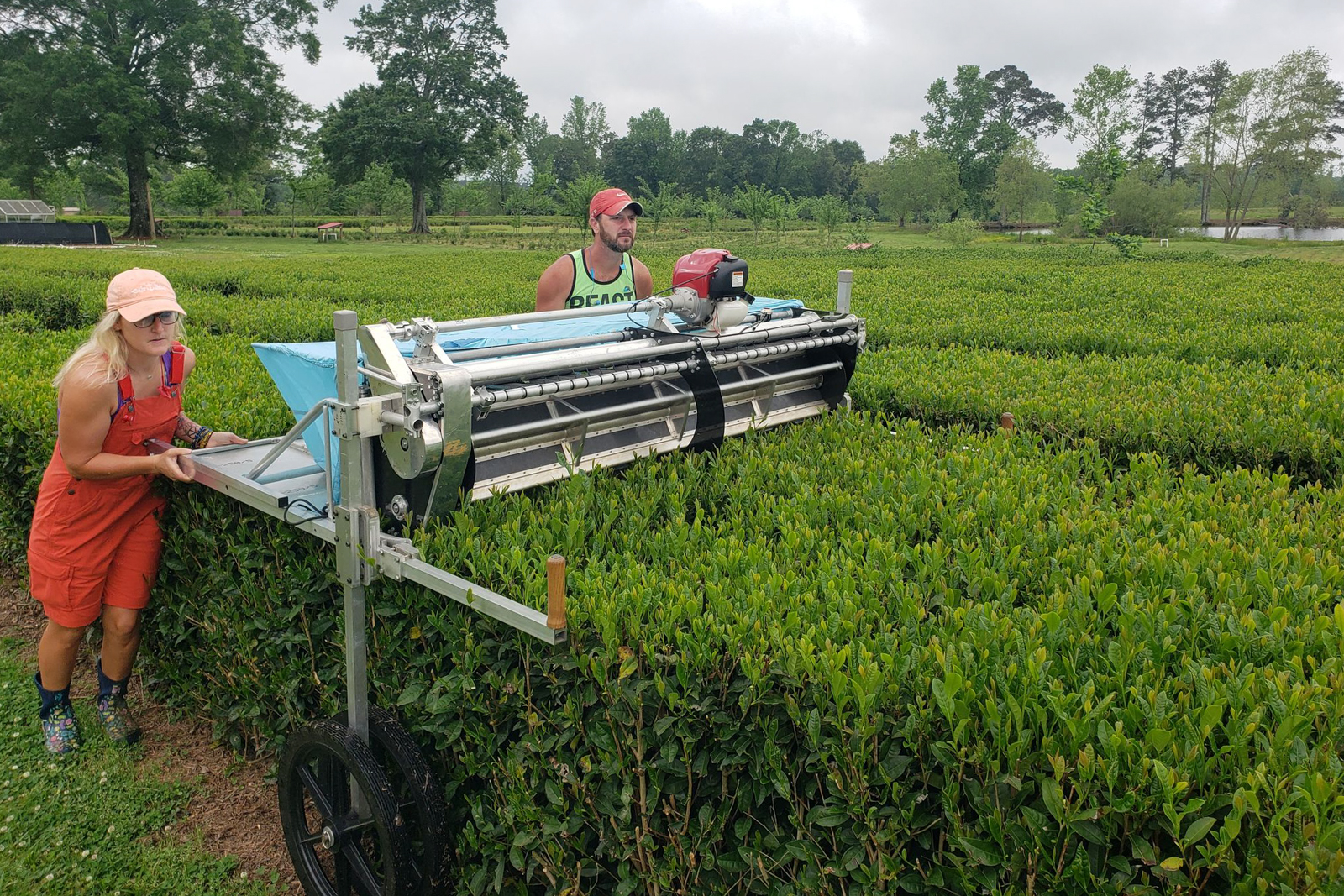 Jason McDonald and Timothy Gipson founded the Great Mississippi Tea Company farm on land that has been in Jason’s family since before the Civil War. An area rich with the history of the Southern United States. Over the last 150 years the farm was used for cotton, cattle, and soybeans but now is used for timber, and the newest addition since 2012, tea.

In 2005 the family’s timber farm was devastated by Hurricane Katrin. Jason realized that the farm needed to grow a crop that would be both ethically and economically sustainable and environmentally friendly.  Perhaps even more important was finding a crop that could survive potential hurricanes and tornados in the future, with minimal damage.  A period of intense research and development into the economic potential of growing tea in the USA followed.  Jason and Timothy combined newly learned skills in tea manufacturing with their inherent farmers’ instinct of listening to the land.  They travelled extensively, gaining hands-on experience in various tea producing regions and creating their impressive working model for US tea production.  In the future they hope to develop sustainable business practices for a much larger scale tea production in the US.

Setting up a tea operation in this new region had all sorts of very specific challenges.  The USDA has very strong restrictions on the import of genetic material due to an infestation of Asian Longhorn Beetle.   From the beginning the only tea plants available were unknown cultivars from some of Lipton’s abandoned research centers that were established around the US the 1950’s.    The teas we have in the Camellia Sinensis catalogue come from these mysterious plants.   The farm now also boasts cultivars, grown from seed from India, Nepal, Georgia, and Taiwan.

Since the founding in 2012, The Great Mississippi Tea Company has won numerous awards around the World. Jason and Timothy are committed to data driven, science-based tea production in both field and factory, collaborating in tea research with the USDA and various universities.  Jason is also a co-founder of The United States League of Tea Growers.