Producer of the Moment: Mrs Chen 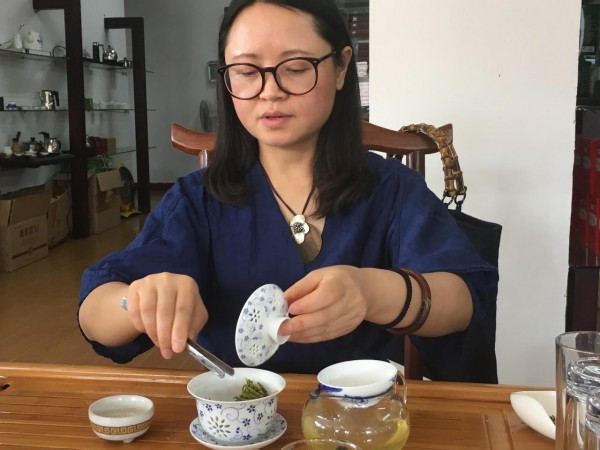 Each month or so, the Camellia Sinensis team presents one of its favorite producers, shares the story of their first encounter, and the producer’s story. Meet Mrs Chen, who produces the exquisite Bi Luo Chun Du Yun.

The story of our meeting

Jasmin has travelled for many years in China as a taster and buyer. In the spring of 2012, in Guizhou he met with met many producers of different regions. One of them really stood out: in Du Yun, he encountered Mrs Chen who’s tea and humanity really impressed him. 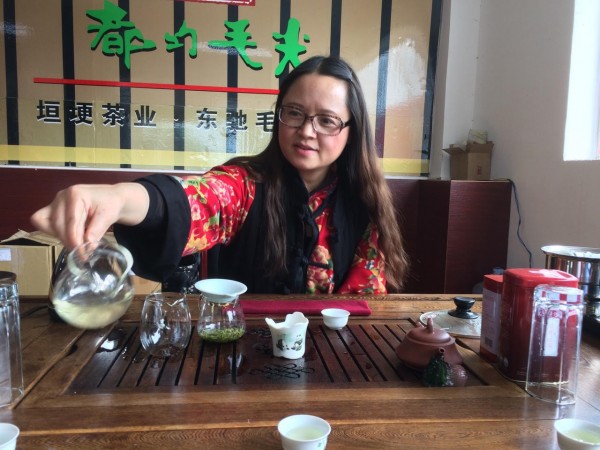 When did you start in the tea industry?

My husband’s father is from Jinghong in Yunnan. He knew tea very well. Later in his life, he moved to Liupanshui in Guizhou to work in construction. To make more money and offer his family a better living, he opened a tea shop in Liupanshui. When I met my husband, I was working in Guiyang and he at the tobacco factory in Liupanshui. He soon quit his job and moved to Guiyang so we could live together. In Guiyang, he established himself as a tea merchant. The more we traded, the more we developed our interest for Du Yun tea. In 2002, we had the opportunity to rent a tea garden in Dou Peng Shan and we took it. We have been producing tea since then. 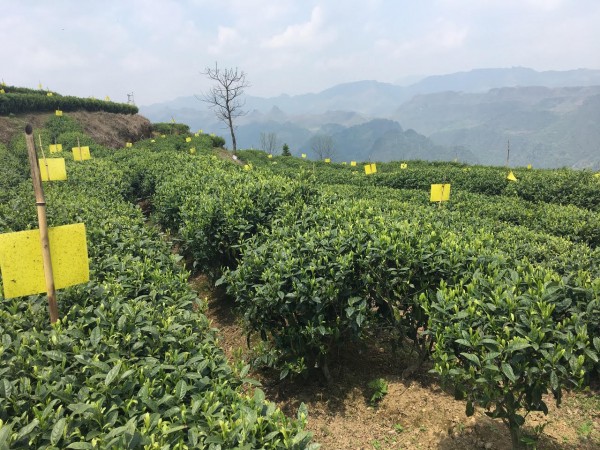 Are you the owner of your garden?

No, the garden belongs to the State. We signed a contract to cultivate it.

What is the total area of your gardens?

What is your annual tea production? 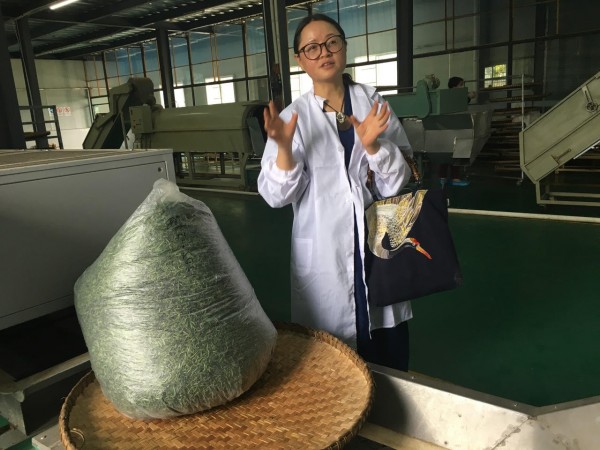 How many employees do you have?

What aspects of your work do you prefer?

Producing tea is the most interesting, of course. But I also like everything related to tea culture.

Who do you sell to? Local or international?

Everything is sold in China. Well, almost everything. Jasmin is our only international customer.

Have you noted any changes in the industry since you started?

Of course we have! Regarding the industry, most important changes come from the government who now give more importance to tea. There is more promotion and production is slowly becoming standardized. Other than that, we notice more young people drinking tea and more people valuing quality teas overall.

What is your favorite tea?