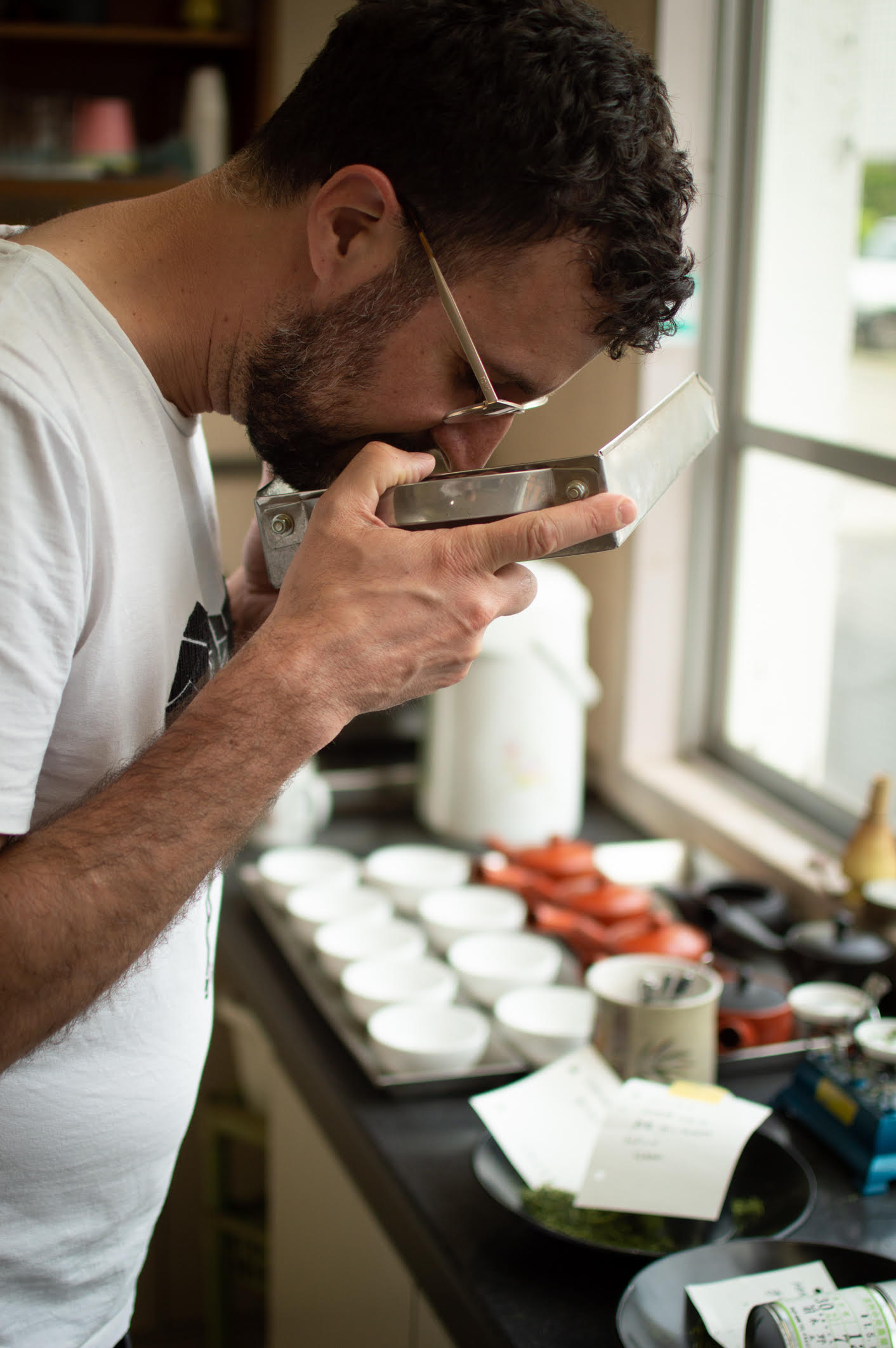 Specialist in the Artisanal Classic Green Teas of China, François has been spending every Spring for the last 12 years in the central provinces of China selecting rare batches of Green Tea, black teas and the aged teas of Liu Bao. As of 2019, his role during spring travels is changing in order  to allow us to share more photos and videos.

This spring, François was following Hugo in Japan to create visuals he had been dreaming about for several years: filming a growing tea leaf, getting an aerial view of the Japanese gardens and capturing the frenzy of spring teas in photos and videos. 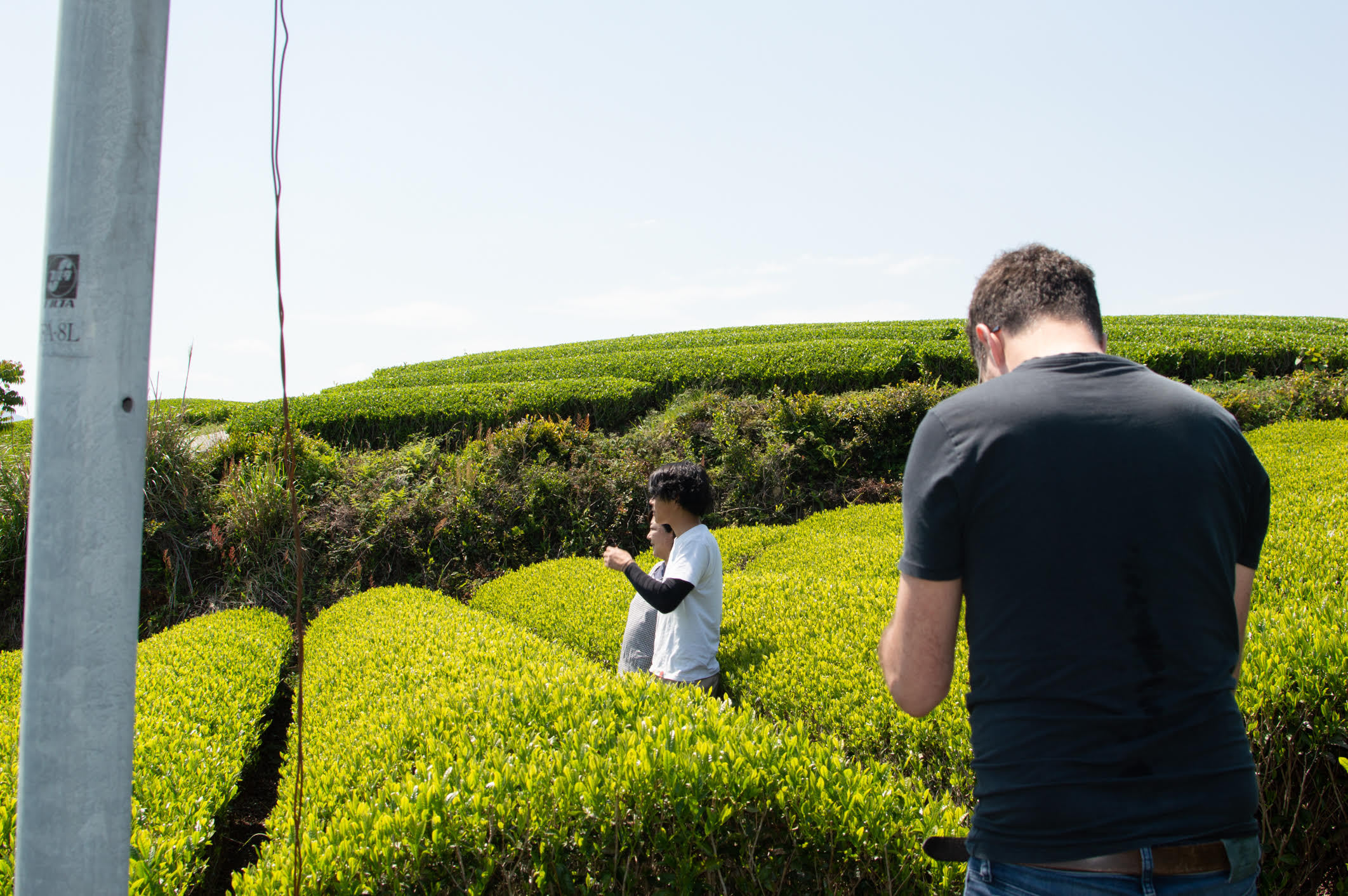 It was with great pleasure that he returned to Japan for the first time in almost 15 years. A confusing experience at times, as he is used to visiting China every year: although he had learned several key phrases in Japanese before his arrival, it was rather Mandarin that came out automatically when talking with the producers (!). Although one is not fundamentally better than the other, François has also seen how much Japanese culture is practically the opposite of what he's used to in China. On the one hand, both in gardens and factories, he was able to observe an exceptional rigor in terms of cleanliness. The factories are at an almost pharmaceutical level: the doors of some places do not open if you haven't washed your hands with hand sanitizer! When it comes to human relationships, respect, politeness and harmony were present everywhere they went. As Hugo had chosen to be accompanied by his son Leo, 12, the atmosphere was also very human and friendly. 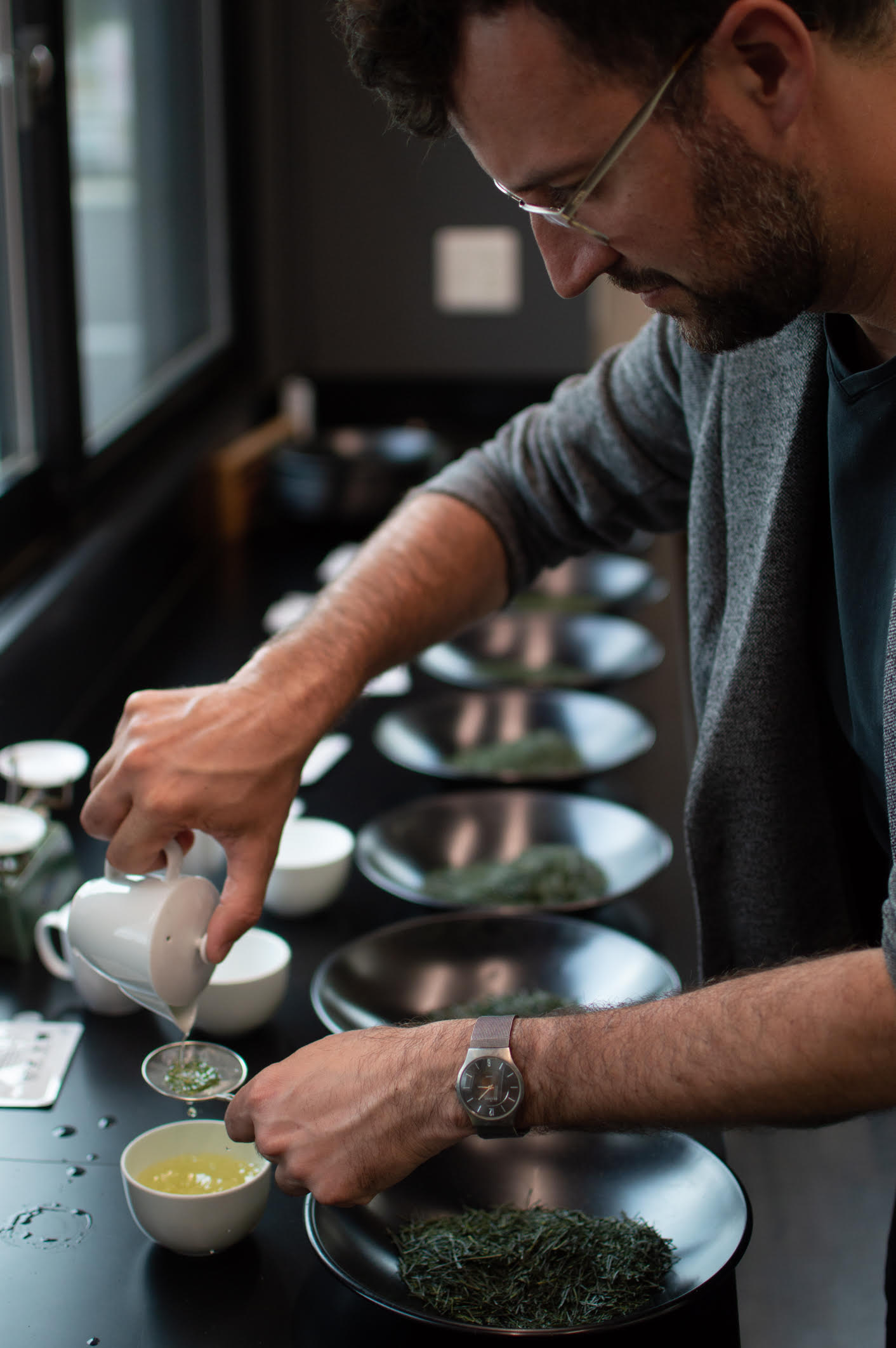 Among the highlights of his trip this year, François shares the magic of his bike rides in the gardens of Tsukigaze. Equipped with a drone, he wandered in the beautiful trails in the various tea gardens of the region. The images he captured by both the camera and the drone testify to the beauty of the place.

François also had the chance to meet Asami Ito, producer of the new Kabusecha Surugawase, one of the few women working in the tea industry in Japan, and the only one in Shizuoka. Inspiring, she works hard to establish herself in an environment otherwise dominated by men.

Finally, he cannot talk about his trip to Japan without mentioning his visit to our Matcha Sendo's factory (where they also produce our Matcha Sora, Matcha Choan, Gyokuro Shuin and Kabusecha Takamado). An immaculate factory ran by a producer dedicated to quality. The tea is gathered here under the shade and transformed with unique and truly impressive machines. François had a lot of fun capturing beautiful pictures of his visit.

What were his favourite teas this spring? Here they are :

Produced by Asami Ito, the only woman producer in Shizuoka, this Kabusecha Surugawase shows an incredible vitamin concentration, like only the richest Japanese teas can offer. Dense bright green liquor promises an intense aromatic experience. Steeped with care, this shaded tea reveals dominant notes of seaweed and flowers, backed up by buttery medicinal herbs tones. Packed with chlorophyll, a steeping session resembles eating Japanese seaweeds like mozuku or wakame.

The fine plucking of this tea from Hunan offers a harmonious mix of young leaf buds. The infusion freely releases notes of green vegetables and wild flowers. The pale green liquor, slightly cloudy, is lively and smooth. A generous tea of well balanced finesse.

This Matcha has an aroma of berries and dark chocolate. On the palate, you'll be seduced by the rich and full texture, and the surprising notes of Jerusalem artichokes.

Rich with the knowledge of 16 generations of tea producers, Mr. Koyama offers us this amazingly accessible and addictive Matcha.

Our Matcha Sendo is a blend of two classic cultivars, assembled with the talents of M. Koyama, reputed artisan in Uji.

The fine plucking of this tea from Hunan offers a harmonious mix of young leaf buds.

Produced by Asami Ito, the only woman producer in Shizuoka, this Kabusecha Surugawase shows an incredible vitamin concentration, like only the richest Japanese teas can offer. Dense bright green liquor promises an intense aromatic experience.