Why Da Hong Pao is a Legendary Tea 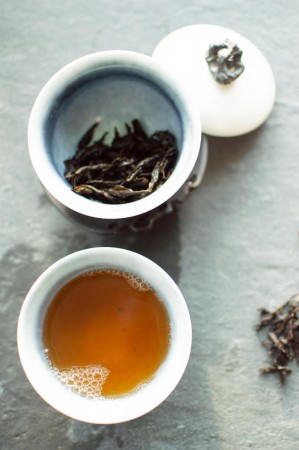 Harvested and produced in the Wuyi Mountains (Fujian, China), Da Hong Pao tea is considered by many aficionados to be one of the most prestigious in the world. Its reputation is such that some vintages are sold at higher prices than their weight in gold. As is the case with many famous Chinese teas, Da Hong Pao finds its origins in a myth. Legend says that during the Ming Dynasty, a very important character (some talk about the Emperor’s mother, other about the Emperor himself) was cured of a rare disease by drinking an infusion made from leaves growing on bare rock in the heart of the Wuyi Mountains. Thankful for this miracle, the Emperor sends big red robes to cover the plants where the leaves come from. The name Da Hong Pao means « Big Red Robe » and references the blankets used still today to cover the surviving bushes (dated from the Song Dynasty) in the Wuyishan National Park. Today, these bushes are protected as part of the country’s important cultural and patrimonial heritage and their use is forbidden. In 2002 their last harvested leaves were sold, 20g were bought by a private buyer for 180 000 yuan (35 000 $). 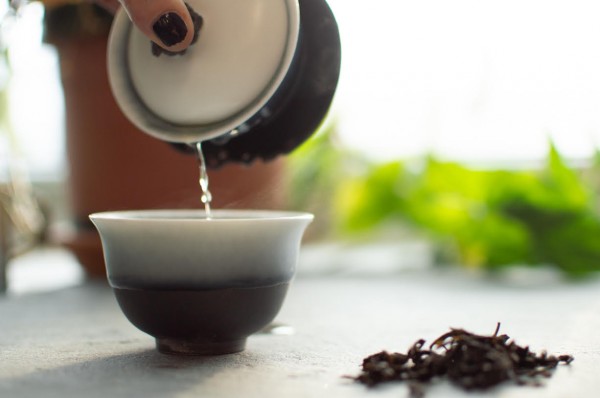 The legend, however, is not the only source of such reputation. The whole region presents perfect geographical and climatic conditions for growing tea: the soil is rich in minerals and irrigation comes naturally from the mountain streams flowing down the limestone gorges. Wanting to take advantage of the name but halted by the impossibility to harvest the original bushes themselves, farmers from Wuyi region tried transplanting cuttings from these trees elsewhere in the park. Cultivation of these cuttings proved difficult and the results were rather disappointing. For the name to still remain alive today however, its meaning had to shift from botanical descendants to the particular type of tea it produces: a dark roasted wulong with rich and complex taste. Quickly, the market’s demand brought producers to name Da Hong Pao many different teas from Wuyi produced in that style. In 2007, the Research Center tried to control the appellation by demanding that production exclusively comes from Qi Dan cultivar, but pressure from the market was too high and in reality, the name designates various recipes of cultivar blends kept jealously secret by their producers. Today, with as many different Da Hong Pao as there are producers of this prestigious tea, the quality of the tea itself varies greatly from one to another according to the garden’s location, richness of the soil, the finesse of plucking and the ability to transform the leaves.

Our Da Hong Pao this year comes from Mr. Wu Yong Peng. His recipe is a mix of 6 different cultivars (Rou Gui, Huang Guan Yin, Qi Lan, Mei Zhan, Shui Xian and Bai Rui Xiang). The trees themselves, averaging 15 years old, grow on the mountainside neighboring Wuyishan National Park. This slight dislocation, far from diminishing the tea’s quality, allows us to bypass the crowded speculative markets and offer a product of exceptional quality at a more than decent price. To produce his Da Hong Pao, Mr. Wu roasts twice every cultivar separately before blending and roasting for a third and final round. In the Wuyi universe, teas often undergo six to eight rounds of roasting. Making this batch a “light” roast, ideal to showcase all the aromatic complexity of a terroir so often hidden behind the nutty and caramelized character of this kind of transformation. With every steeping, the tea reveals new nuances in taste: notes of sweet spices (cinnamon, nutmeg), candied cherries and licorice, a soft floral scent and a warm mineral finish (limestone, flint) typical of Wuyi rock teas.

Legendary wulong from the Wuyi mountains of Fujian, it is the most famous of the "rock teas", as they are called. Delicately twisted whole leaves are lightly roasted for a rich full liquor.