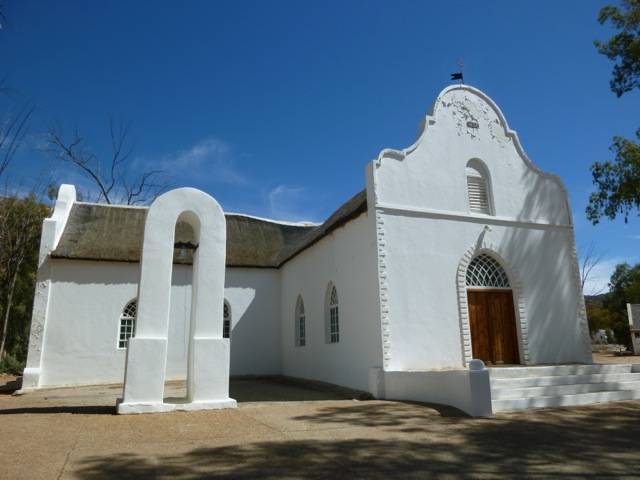 High in the rugged Cedarburg Mountains of  South Africa’s Western Cape is the lost valley of Wupperthal.  Cut off from the world, this tiny village community of thatched church and cottages was founded by German missionaries back in the 1830s among a small group of Khoikhoi families.  They introduced both Christianity and European farming practices to the valley and the community grew.

The local people had been using rooibos for at least 600 years as a medicinal herb and infusion.  As the popularity of this plant spread both nationally and overseas it became the focus of the region and today a cooperative of 93 farmers from Wupperthal and the surrounding villages are still producing a high quality, traditional, hand-harvest rooibos.  Camellia Sinensis has been buying it for many years. 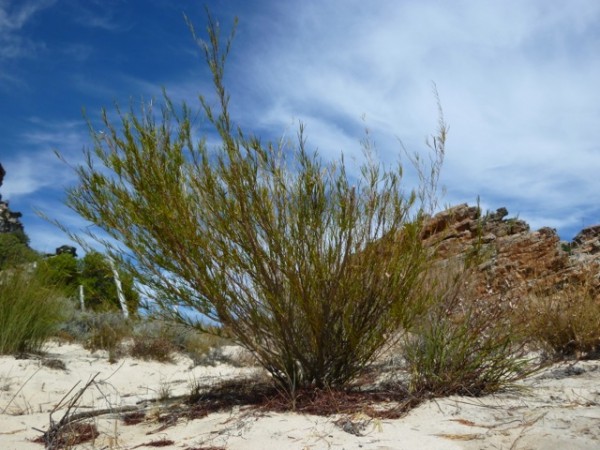 Rooibos (Aspalathus linearis) from the legume family took its name from the Afrikaans word ‘rooibosch’, meaning red-bush, from the deep red it turns toward the end of its life.   It is a small hardy bush adapted to the unique conditions of these mountains, enjoying a symbiotic relationship with regionally specific root fungus and bacteria.  In fact it has become so specialized that will not grow anywhere else!  The soils are rocky and largely sand, the weather conditions extreme with periods of heavy rain followed by months of scorching hot sun.  The surrounding vegetation is adapted to these semi-desert conditions: scrub bushes, succulents and small sturdy trees. 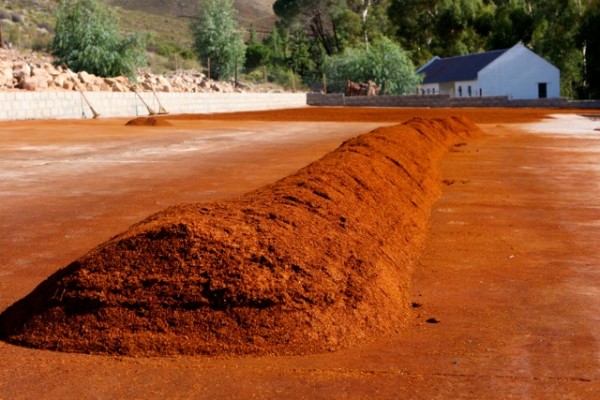 Each farmer works a ‘field’ about the size of one or two tennis courts.  During the January to April harvest temperatures are often in the 40s. A young bush will be productive after 3 years growth then turn red and die after around 9 years. The bushes are still cut with the traditional scythe, removing the top 30-50% of the foliage leaving the bush healthy for the next harvest. The cuttings are then taken to the processing unit in Wupperthal where the stems and leaves are shredded in a simple cutting machine.  The cuttings are then spread in a large walled ‘tea court’ in a pile around 30cm deep where it is crushed, sprayed lightly with water and left to oxidize for 10-14 hours before being spread out in a thin layer to dry in the sun.  A sorting process separates the stems and leaves giving varying qualities and a short pasteurization by steaming removes any risk of bacteria before it is dried and packed.

Rooibos is a plant of the legume family that originates exclusively from the Cederberg Mountains in South Africa.  Commonly called "red tea", Rooibos has nothing to do with the Camellia Sinensis plant. It contains no caffeine and is high in minerals and antioxidants.