Yamabuki: A Cultivar With Yellow Leaves 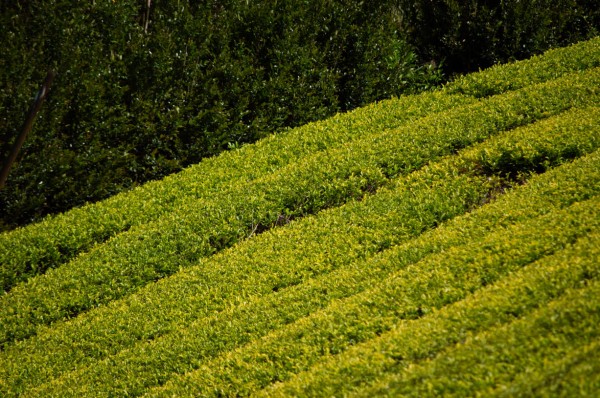 In Japan, almost eighty percent of the cultivars used for green tea production are Yabukita. This cultivar was developed in the mid-1950s and has been prominent in Japanese plantations ever since. Its popularity amongst producers and consumers is due to its great adaptability to the climate of the archipelagos and to its lively, brisk flavour, which appeals to modern Japanese tastes.

Despite Yabukita’s dominance as a cultivar, some Japanese producers, such as our friend Mr. Sugiyama, continually experiment with new cultivars alongside the old ones. With help from his father, Mr. Sugiyama has successfully diversified his plantations. His father has a passion for breeding plants and has experimented with the production and evaluation of new cultivars for over fift years. Naturally, many of these tests yield unsatisfactory results, but every now and then a successful surprise will make all of the hard work worth the effort.

Several years ago, Mr. Sugiyama was astonished by the appearance of yellow leaves on a plant in his plantation. He believed these leaves were brought about by a series of natural genetic mutations. At the time, he did not expect that the tree with the yellow leaves would produce a quality tea, so the tree was transplanted close to his house as an ornamental plant. 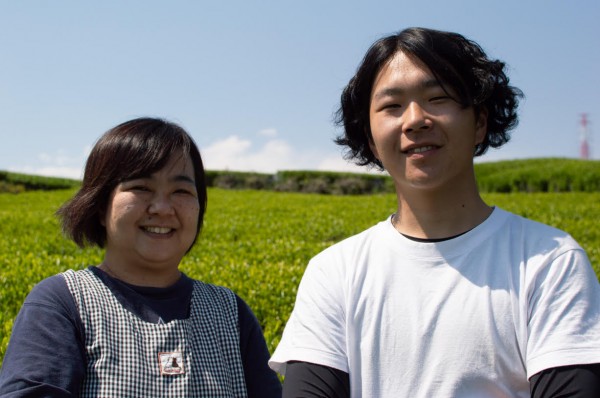 A few years later, while working for the National Tea Laboratory of Japan, Mr. Sugiyama carried out a few experiments on the leaves of this tea tree and discovered that, when infused, the tea was both unusual and delicious. He decided to multiply this cultivar in a small section of his garden and named it Yamabuki, after a local fl wer with yellow petals.

According to Mr. Sugiyama, very few Japanese producers use cultivars similar
to Yamabuki. He himself only produces a tiny quantity, fi e to ten kilos per year,
and does not plan to increase production. This cultivar’s leaves contain only
one-fortieth of the chlorophyll contained in the common Yabukita cultivar. This difference considerably diminishes the trees’ capacity to carry out the photosynthesis essential for its growth. Fortunately, in the course of the season, its leaves do eventually become green as the plants are reinvigorated.

This unusual cultivar has only recently begun to attract attention in Japan. Just like Mr. Sugiyama, enthusiasts were not immediately won over by the yellow leaves, which they viewed as a flaw. Once the International Tea Competition of Japan took notice of its unusual taste, suggestive of asparagus, lamb’s lettuce, and corn, however, it has now piqued the interest of a growing number of tea lovers.