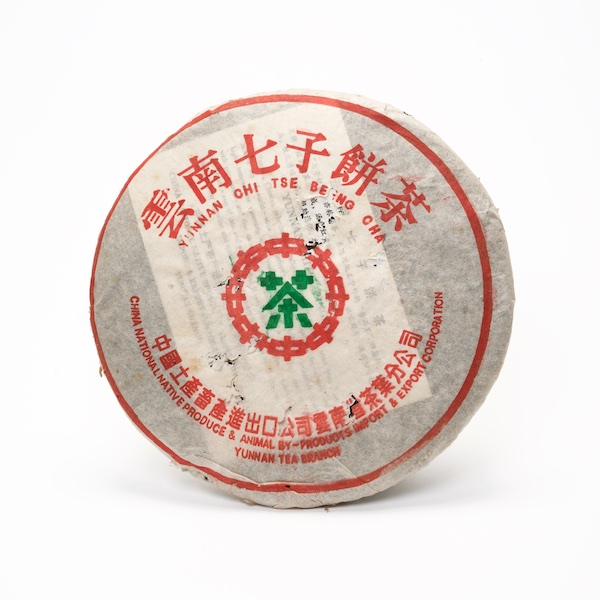 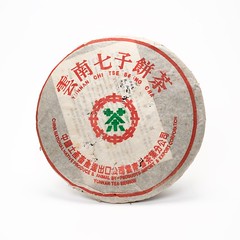 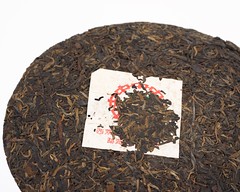 This cake was produced according to one of the most popular recipes in the world of aged teas, and since the creation of this assemblage of medium grade leaves (4) in 1975 by the Menghai factory (2), enthusiasts have not ceased rejoicing. This nearly 20-year-old version, stored in the humid environment of Taiwan, already displays the mark of time by its aromas of damp burned wood and camphor. Its liquor, full and charged, develops fruity and mineral nuances followed by a refreshing mentholy finish. The first infusion is resinous and slightly bitter, an indication of its vitality and the promise of maturation, the following infusions are sweet and balanced. Powerful. 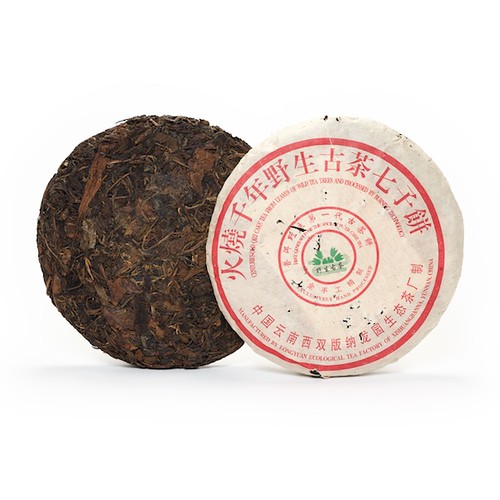 Produced by the Lahu of Xishuangbanna, one of the ethnic groups of Yunnan, this aged tea is composed of leaves from 1,000 year old  wild trees. Bronzed by time, these large leaves once rinsed, divulge intoxicating scents of undergrowth and spices. On the palate, its silky texture and fruity notes rub shoulders with fine nuances of leather and incense. Its long minty finish leave an exquisite impression of invigorating fullness! 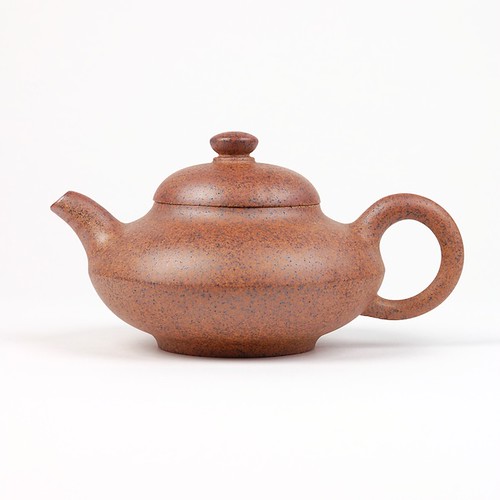 Recipient of numerous awards, Mrs Sheng has her own pottery studio where she makes pieces prized by collectors. 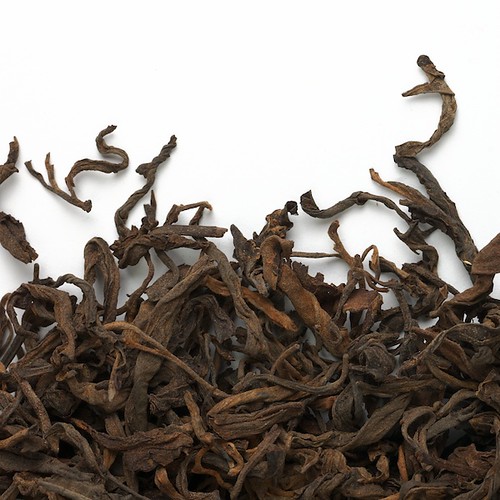 Here is a loose leaf Pu Er from the Menghai region which has since aged under dry storage in Hong Kong. The infusion of the large leaves, in multiple shades of dark khaki, fills the air with the fragrance of damp undergrowth and camphor. Its liquor is full and mineral, having a vegetal character (lichen) nuanced with accents of burnt wood and acid fruits. Its slightly spicy finish (cinnamon) is marked by a generous persistence of tannins. 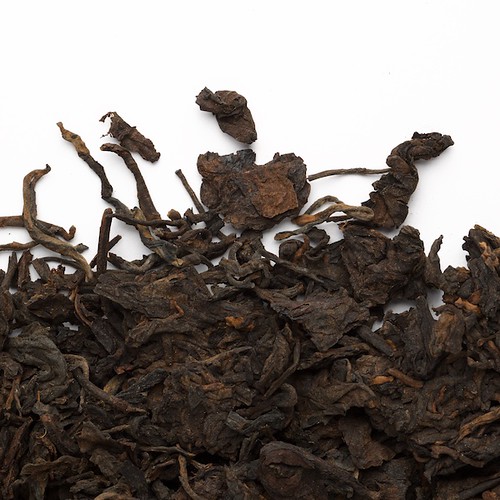 This loose leaf Pu Er produced in the prolific Menghai tea factory and expertly preserved in Hong Kong will satisfy all amateurs of rich and balanced teas. Thirty plus years of ripening have enhanced this tea which, once infused, offers a dense and opaque liquor. Silky and generously sweet, it carries its effects deep down the throat giving the impression of a gentle massage. Nuances of wet wood, dates, incense and spices all lead towards a refreshing and minty finish, like we love them!