The democratization of white teas

Similar to green tea, these teas are non-oxidized with a subtle and delicate flavour. Often characterized by their downy buds and large whole leaves, they yield an aromatic spectrum particularly appealing to enthusiasts of mild and understated teas. Though only a few varieties exist, they are all part of a very distinct family: the white teas.

Bai Mu Dan was the original white tea, first appearing during the Song dynasty. Emperor and tea enthusiast Huizong, who ruled China between 1100 and 1125, mentions it in his Treatise on Tea. According to one legend, only young glove-clad girls were chosen to pick these leaves, their imagery evoking the purity and freshness that emanates from the tea’s delicate buds. As with all of the kingdom’s greatest fineries, this white tea was reserved for the emperor alone.

The Bai Hao Yin Zhen tea that we know today is produced in a more modern way. It is comprised entirely of buds whose trademark shape and colour are easily recognizable. Due to its beautiful appearance, it was called Yin Zhen, “Silver Needles,” towards the end of the eighteenth century. Since then its floral aspects and mild, silky liquor have won the hearts of tea enthusiasts worldwide. The visual beauty of this white tea is attributed to an indigenous cultivar, the Fuding Da Bai or “Big White,” discovered in its wild state in 1857 in the mountains near the city of Fuding in Fujian Province. Its growth period from early March to mid-November is longer than the average cultivar and its robust, downy silver buds have the advantage of remaining tender for a longer time than most. Though also used in black and green tea production, Fuding Da Bai has an ideal bud for white tea.

Depending on the spring weather conditions, the Bai Hao Yin Zhen harvest is spread out over a ten to fifteen day period. Only undamaged and unopened buds are selected. Around forty-thousand buds, all handpicked, are required for the production of a single kilo of Bai Hao Yin Zhen. In China, the three counties traditionally known for the quality of their white teas are Fuding, Zhenghe, and Jianyang, all located in Fujian Province. Other provinces, notably Hunan, have taken advantage of the strong demand, however, and have begun developing their own white teas. The enthusiasm for white tea has also spread beyond China. Many other countries, such as India, Sri Lanka, Nepal, and even Malawi, are now producing their own variations.

White tea is increasingly present on the market.  Within this style there is a selection of different teas.  First we have the classic 'silver needle’ white teas which contain only buds.  Next we have the mixed buds and leaves such as our Tea Studio Nilgiri Bai Mu Dan and Nan Mei. There are also more rustic white teas that are simply made of large broken leaves withered in the sun. With their sweet fresh straw and lightly woodsy aromas and a more accessible price than the ‘silver needles’ these other styles are increasingly popular and helping to democratization of white teas.

*This content was published in our book, Green Tea, A Quest for Fresh Leaf and Timeless Craft. 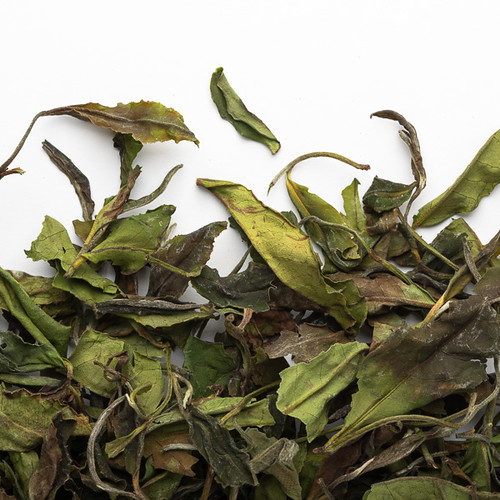 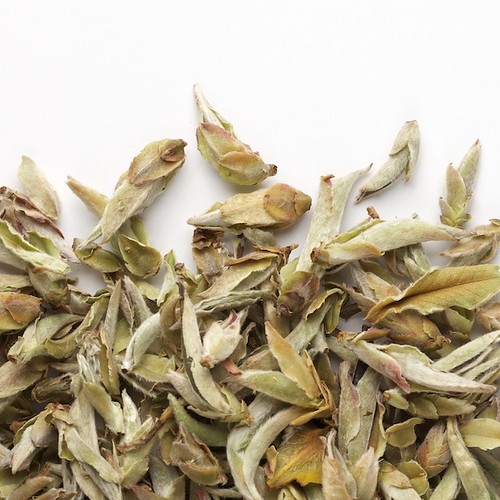 Plucked from wild trees in Nan Mei Valley in the Lincang area, these young silvery buds promise an amazing experience for any tea lover. Fragrances of aromatic herbs (sage) and clementine emanate from the infusion and its liquor is sweet, silky and spicy, aroma characteristic of tea from wild tea trees. 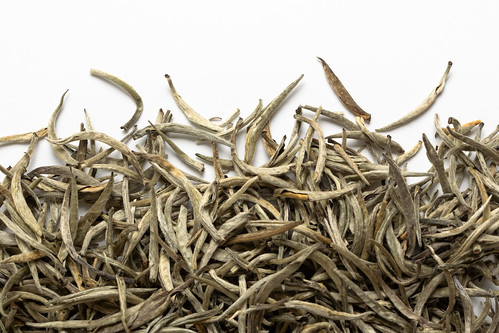 This small batch of silver-needle white tea comes from the Kirkoswald garden in Sri Lanka. An exceptional white tea from a country that usually specializes in black tea. 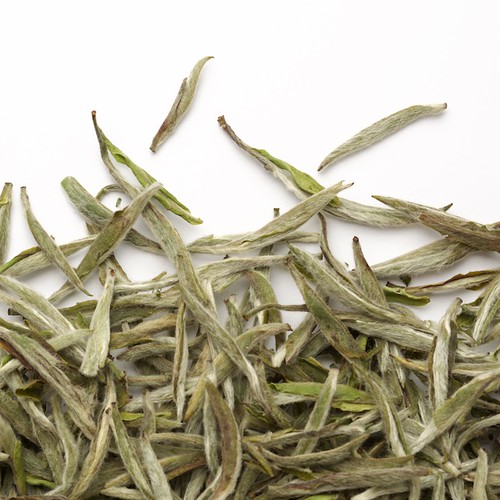 A worthy representative of the great teas of China, this white tea consisting purely of buds catches the eye at first sight. 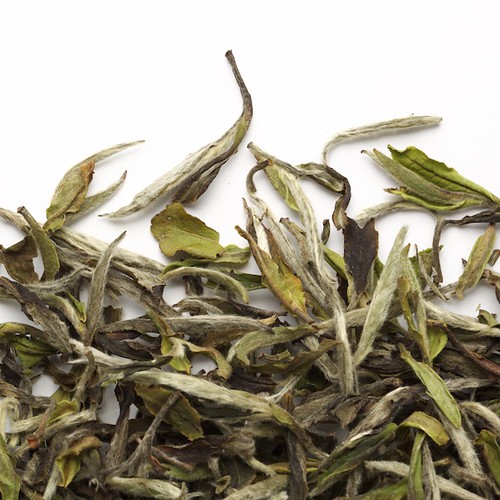 White tea composed of buds and leaves, a rich floral flavour with a hint of sweetness, and a surprising touch of cinnamon.